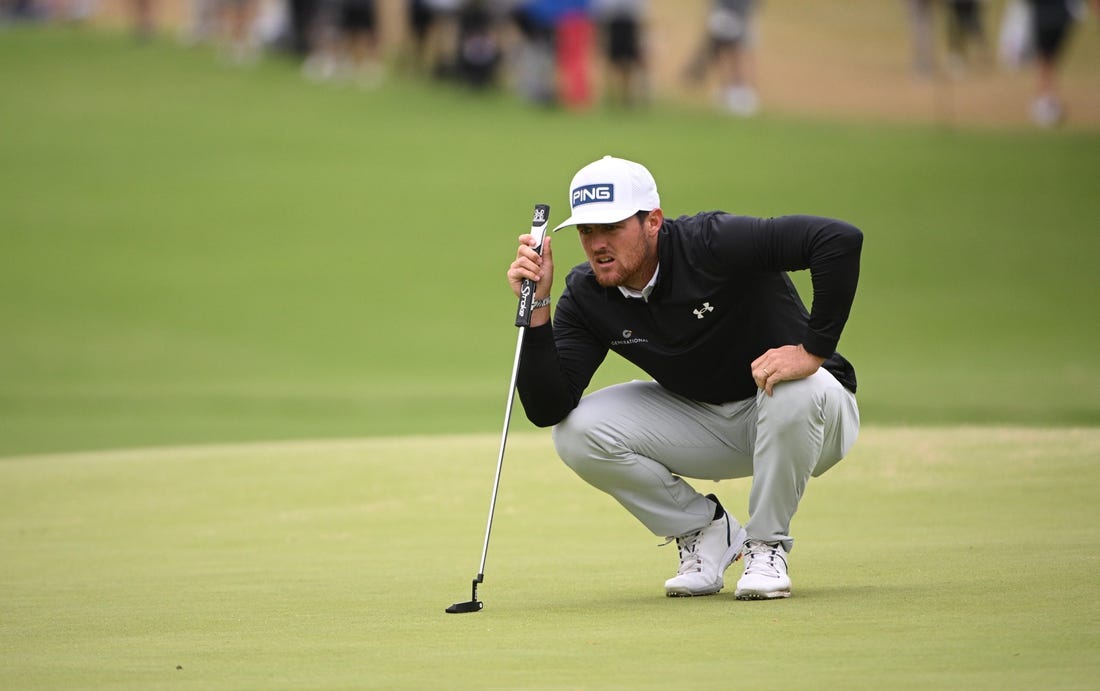 Mito Pereira of Chile birdied three of the final six holes of the third round for a 1-under-par 69 and a three-shot lead in the PGA Championship as golfers contended with windy and cool conditions Saturday at Southern Hills Country Club in Tulsa, Okla.

Pereira is at 9-under 201 going into Sunday’s final round.

Second-round leader Will Zalatoris and England’s Matt Fitzpatrick share second place at 6 under and Cameron Young is in fourth at 5 under. Fitzpatrick and Young posted 67s, while Zalatoris shot 73.

Tiger Woods shot 7-over 79 and withdrew after the round.

Zalatoris recovered from a horrid opening stretch when he had bogeys on four of the first seven holes.

Pereira, who played collegiately for Texas Tech, has never won on the PGA Tour and has three top 10 finishes this season in 27 tournaments.

Pererira was a shot behind Zalatoris when the round began, but he moved to the top right away. He was 2 under for the round through five holes, but he had four bogeys before his next birdie came at #13.

Young, who benefitted from an eagle on #17, and Zalatoris are former college teammates at Wake Forest. Fitzpatrick is the older brother of current Wake Forest golfer Alex Fitzpatrick.

Mexico’s Abraham Ancer (70) is fifth at 4 under and Ireland’s Seamus Power (67), who rolled in four birdie putts in his last seven holes, holds sixth place at 3 under.

“I noticed a massive difference, obviously less guys on the course, and the greens are much smoother,” Power said. “For me, I was able to take advantage, make a few extra putts, and the rest of it was figuring out, like I said, the kind of whole new golf course, whole new targets”

Bubba Watson followed Friday’s 63 with 73, putting him tied for seventh with Stewart Cink 71) and Justin Thomas (74) at 2 under. Watson made an early charge before playing the backside in 4 over.

First-round leader Rory McIlroy of Northern Ireland shot 74 and is even for the tournament and tied for 17th place.

Webb Simpson, another Wake Forest alum, shot 65 for the best score of Saturday’s round. That moved him to 1 under and into a seven-way tie for 10th place.

“I didn’t expect it on a day like today to get a nice few under in a short amount of time, but I’ll take it,” said Simpson, who finished his round before some golfers began their third rounds.

Woods’ 79 was his highest score in a round in PGA Championship play, slipping to 12-over 222 for the tournament and tied for 76th place. Two of his shots ended up in the water.

“I didn’t do anything right,” Woods said. “I didn’t hit many good shots. Consequently, I ended up with a pretty high score.”