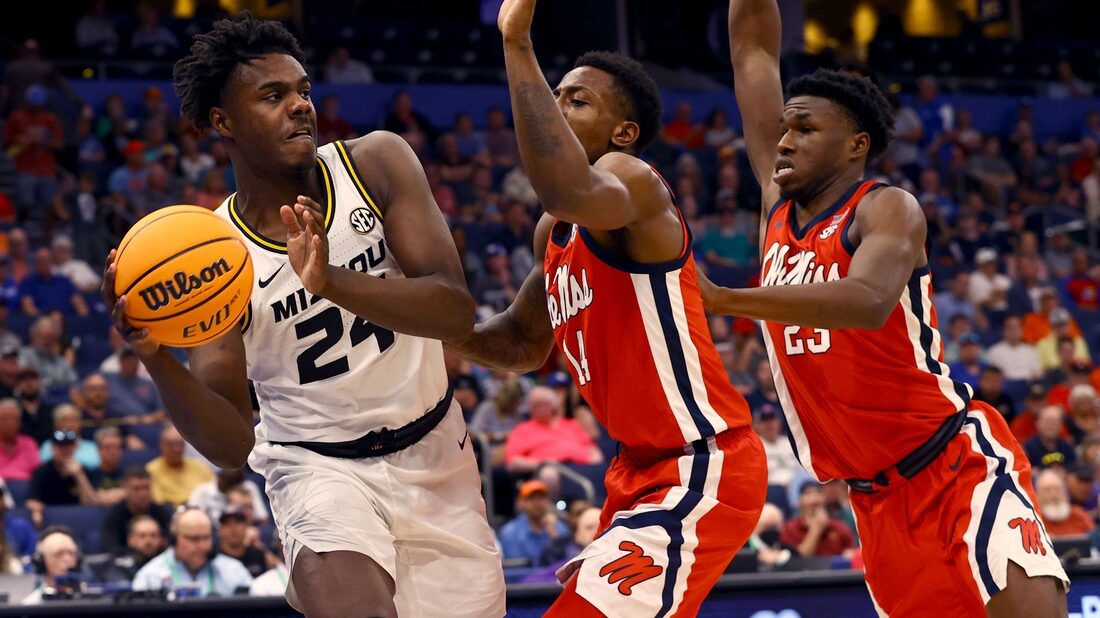 Kobe Brown had 16 points, seven rebounds and four assists to lead Missouri past Ole Miss 72-60 in the first round of the Southeastern Conference tournament Wednesday in Tampa.

Ronnie DeGray III added 14 points for the #12 seed Tigers (12-20), who move on to face #5 seed LSU in the second round Thursday afternoon.

Matthew Murrell scored 16 points and Jarkel Joiner added 13 points for the Rebels (13-19), who ended their season by losing their last five games and nine of their last 10.

Joiner answered Ole Miss coach Kermit Davis’ call to take charge offensively. He hit 3-of-5 shots in the first 5:21 of the game to get the Rebels going.

But DeGray came off the bench to hit three consecutive 3-pointers during his 14-point first half to help Missouri keep pace.

Ole Miss scored six unanswered points to forge a 28-23 lead with 5:57 left in the half. But Missouri responded by outscoring the Rebels 9-4, with Amari Davis scoring two baskets, to pull even at halftime, 32-32.

Brown was limited to four points in 12 first-half minutes for Missouri due to foul trouble. But he took charge in the second half while scoring 12 points.

Brown’s reverse layup put the Tigers up 57-42 with 8:53 left and gave them their biggest lead of the game.

The Rebels cut the deficit to 10 points on four occasions down the stretch, but they got no closer. The Tigers hit seven free throws in the final 3:54 to put the game away.

Missouri won all three games against Ole Miss this season. The Tigers won 78-53 and 74-68 during the regular season.