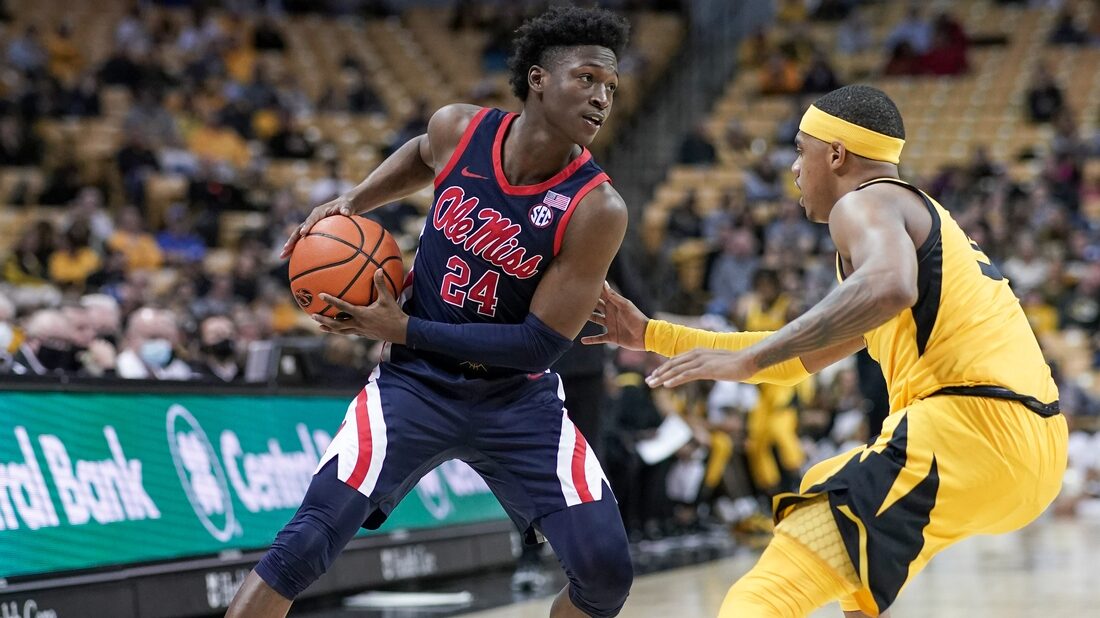 Missouri will try to continue this season’s mastery of Ole Miss when the teams meet Wednesday in the first round of the Southeastern Conference tournament in Tampa, Fla.

Amari Davis led Missouri with 36 points in the two victories and Kobe Brown scored 28. The Tigers shot 62.7 percent from the floor in the first game and 53.8 percent in the second.

Missouri is one of the worst 3-point shooting teams in the country but hit 11 of 21 shots from behind the arc in those two games.

Ole Miss didn’t have leading scorer Jarkel Joiner (13.2 points per game) for its first game against the Tigers due to injury, but he had 13 points, four rebounds, four assists and two steals in the rematch.

The Tigers finished their regular season with a 79-69 victory over Georgia to snap a six-game losing streak. Now they will try to do some damage in the league tournament.

“I think everything, just like my life, is a boxing match,” Missouri coach Cuonzo Martin said. “You’re going to win a few rounds, you’re going to lose a few rounds. It’s what it is. It’s high-level focus, preparation. It’s a fight. That’s what it is. Especially those first few games, it’s usually sloppy because everyone is trying to get a feel for the rims, the arena, all of that. You just gotta go out there and play, that’s it.”

Ole Miss comes into the tournament with a four-game losing streak and eight losses in its last nine games.

“Had some spots today … should have won at home, but didn’t,” Rebels coach Kermit Davis said after his team closed the regular season with a 63-61 loss to Vanderbilt. “Now we’ve got to go play Missouri. Missouri has played well against us twice.”

The winner of this game moves on to face LSU Thursday.

In this article:missouri, ncaab, ole miss