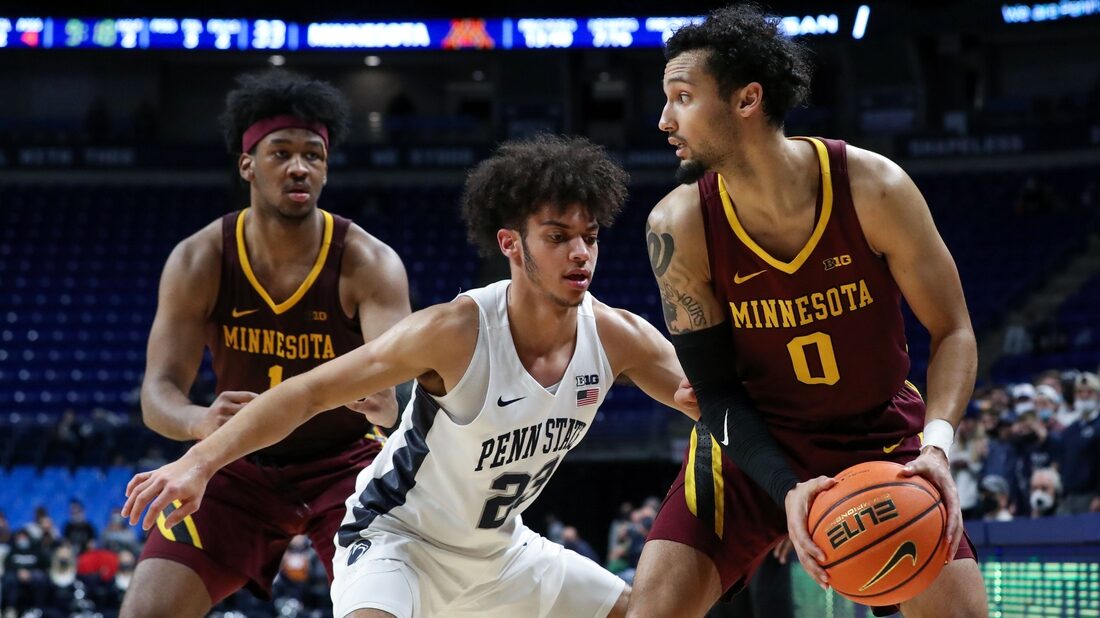 After splitting the regular-season series with wins on their respective home floors, Penn State and Minnesota meet in the first round of the Big Ten tournament on Wednesday in Indianapolis.

Golden Gophers coach Ben Johnson identified the X-factor in this rubber match on a neutral floor.

“I think so much of it now is who wants to keep playing,” Johnson said.

Although Penn State lost its last three games and seven of 10 to close the regular season, one of the victories was a 67-46 romp against the visiting Golden Gophers on Feb. 17.

Of course, one of the losses came five days earlier, when host Minnesota topped Penn State 76-70 in Minneapolis.

“Everybody we’ve played, we’ve either beat them or we’ve had the chance to beat them,” Nittany Lions coach Micah Shrewsberry said. “We need to get back, get rested and we need to go in with a good feeling about this week. We dug ourselves a hole, right, we dug ourselves a hole and we’re going to have to play on Wednesday, but bring that same shovel and dig yourself out of it. And we’ve got a bunch of fighters that will do it.”

Shrewsberry is especially bullish about John Harrar. One of four Penn State players scoring in double figures (10.5 points a game), Harrar led the team with 10.3 rebounds per contest and was a defensive mainstay.

“What he’s done for our program in this year is going to resonate for a long time,” Shrewsberry said. “He’s an everyday guy. There’s no days that I go to practice or I come to games and I worry that John isn’t going to bring what (he does). … He goes and plays and he fights and he competes.”

Jamison Battle, a George Washington transfer, sparked the Golden Gophers during the regular season, averaging a team-best 17.4 points and 6.3 rebounds.

“Playing in the Big Ten has always been a dream of mine, and I’m living it right now,” Battle said. “So I think it’s been a good … learning season.”

Minnesota is 4-0 against Penn State in Big Ten tournament play.

In this article:minnesota, ncaab, penn state