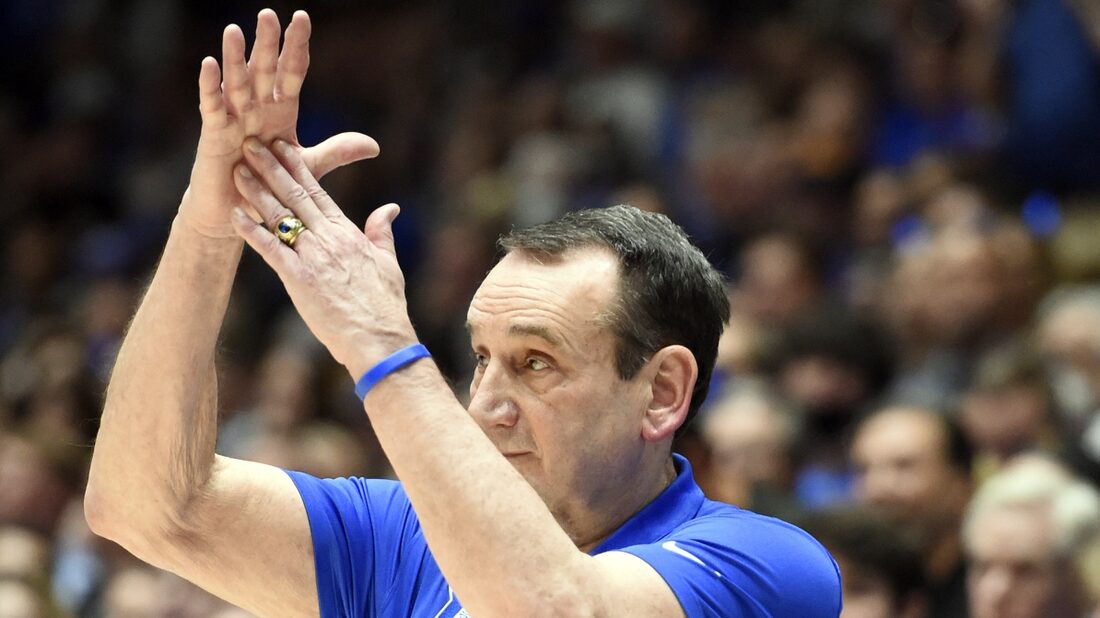 Mike Krzyzewski and Jim Boeheim aren’t done with each other just yet.

The two winningest coaches in Division I history will square off for the 18th and almost certainly final time when #7 Duke faces Syracuse on Thursday afternoon in the first of four ACC tournament quarterfinal games in New York.

Krzyzewski’s top-seeded Blue Devils (26-5) defeated Boeheim’s ninth-seeded Orange (16-16) twice during the regular season. Coach K, who is retiring at the end of this season, is 12-5 all-time against Boeheim, who is expected to return for his 47th season with Syracuse in the fall.

Boeheim figures to be at a disadvantage for Thursday’s matchup, however, as his son Buddy — a first-team All-ACC selection and the league’s leading scorer during the regular season — will be sitting out a one-game suspension. Buddy Boeheim punched Florida State’s Wyatt Wilkes in the stomach during a 96-57 rout of the Seminoles on Wednesday.

“It was wrong to act out in frustration,” Buddy Boeheim said in a statement released through the school. “I apologized to Wyatt Wilkes multiple times in the handshake line. He said not to worry about it, but I know it was wrong.”

The elder Boeheim has never had a losing season at Syracuse, but that streak will come to an end with a loss Thursday. In order to upset Duke, the Orange likely will need continued hot shooting from Cole Swider, who had 28 points and 13 rebounds on Wednesday, and Joe Girard III, who scored 16 points and matched Swider with four 3-pointers.

The Blue Devils are looking to rebound from a stunning loss to archrival North Carolina in Krzyzewski’s home finale last Saturday. They had won seven straight games before the 94-81 loss, which came in front of nearly 100 former Duke players.

The Blue Devils likely need to make a deep run in this event to have a chance at earning a #1 seed in the NCAA Tournament. Krzyzewski has won 15 ACC tournament titles and five national championships during his 42 seasons at Duke.

In order to add to those accolades, the Blue Devils will need continued production from Paolo Banchero, the ACC Freshman of the Year, and Mark Williams, the league’s Defensive Player of the Year.

Banchero scored a team-high 23 points with five rebounds and five assists against the Tar Heels, while Williams finished with 16 points on 8-of-11 shooting, as well as 13 rebounds.

Williams shot 17-for-21 in the two regular-season games against the Orange, helping the Blue Devils to win by 20 and 25 points, respectively.

Syracuse continues to play without starting center Jesse Edwards (broken wrist). His presence was greatly missed in the most recent matchup against Duke.

“Jesse is a difference-maker for this team. It’s been too hard to overcome,” Jim Boeheim said after losing to the Blue Devils 97-72 in late February. “We can’t handle Duke. It’s pretty simple.”

In this article:cbb-duke, duke, ncaab, syracuse