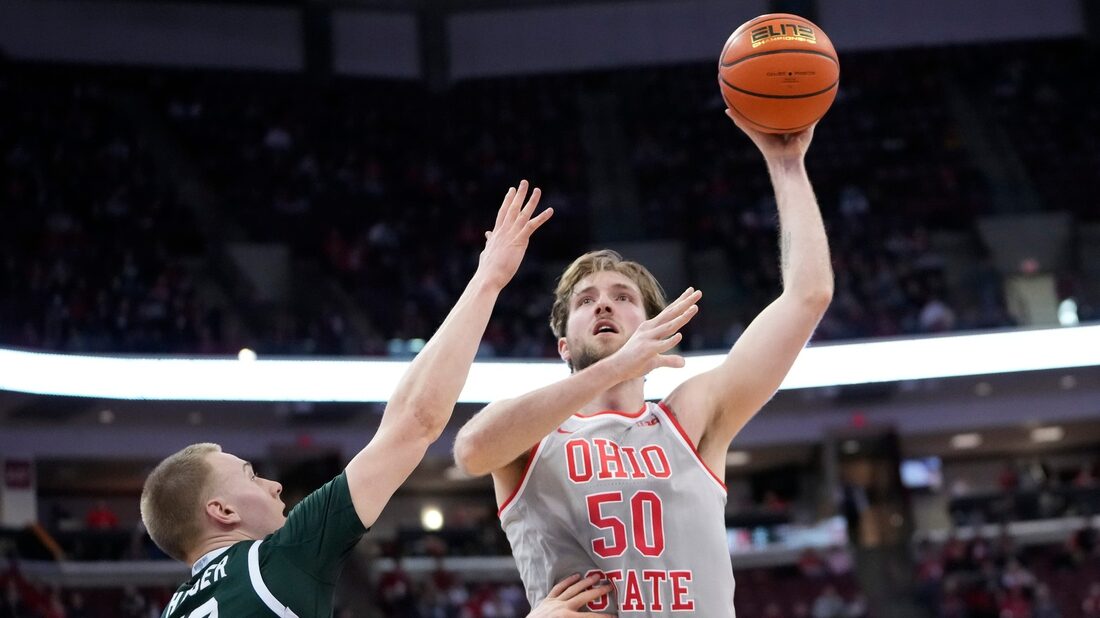 It’s a safe bet Michigan will watch a lot of film on Ohio State’s Joey Brunk before the Wolverines visit the #23 Buckeyes on Sunday in Columbus, Ohio.

The absence of forwards Zed Key (ankle) and Kyle Young (unspecified illness) enabled the little-used Brunk, a 6-foot-11 senior center, to score a season-high 18 points in an 80-69 win over Michigan State on Thursday.

More importantly, he gave the struggling Buckeyes (19-9, 12-7 Big Ten) a needed lift after two straight losses ended their hopes of a regular-season title.

“He wasn’t even on the scouting report,” Michigan State’s Gabe Brown said. “We had like two clips of him. In the last five games he played two, three minutes and hadn’t scored a point.”

“We can’t continue this pattern or we’ll be coming home real early in March, and none of us want that.”

Martelli, who is in charge while head coach Juwan Howard serves a suspension, said the team must not rely so much on guard Eli Brooks.

“At this point of the year it’s well-established that Eli is the leader, but you need some followers to step up,” Martelli said. “We still have a really nice group of people in that room. I’m not sure we have a hell raiser in that room.

The Buckeyes will honor their seniors Sunday in the regular-season finale for both schools, and Brunk will be among them even though this is his only season in the program.

The graduate transfer missed last season for Indiana after undergoing back surgery. He entered the game Thursday with 32 points this season (1.3 average) in 5.3 minutes per game but exited late to a standing ovation and the fans chanting his name.

“Pretty damn good,” Brunk said. “Honest answer. It felt good to go out and compete and play in front of that crowd.”

While Malaki Branham led the Buckeyes with 22 points vs. the Spartans and E.J. Liddell added 19, the post-game attention was on Brunk, who also contributed six rebounds and two steals.

“I never thought in a million years, Joey Brunk,” Michigan State coach Tom Izzo said. “I recruited Joey. Great kid. I know he’s been through more injuries and everything, but to get 18 points and tear us up like he did, I guess you could say it’s my fault for not doubling him, but, boy, if you have to double him.”