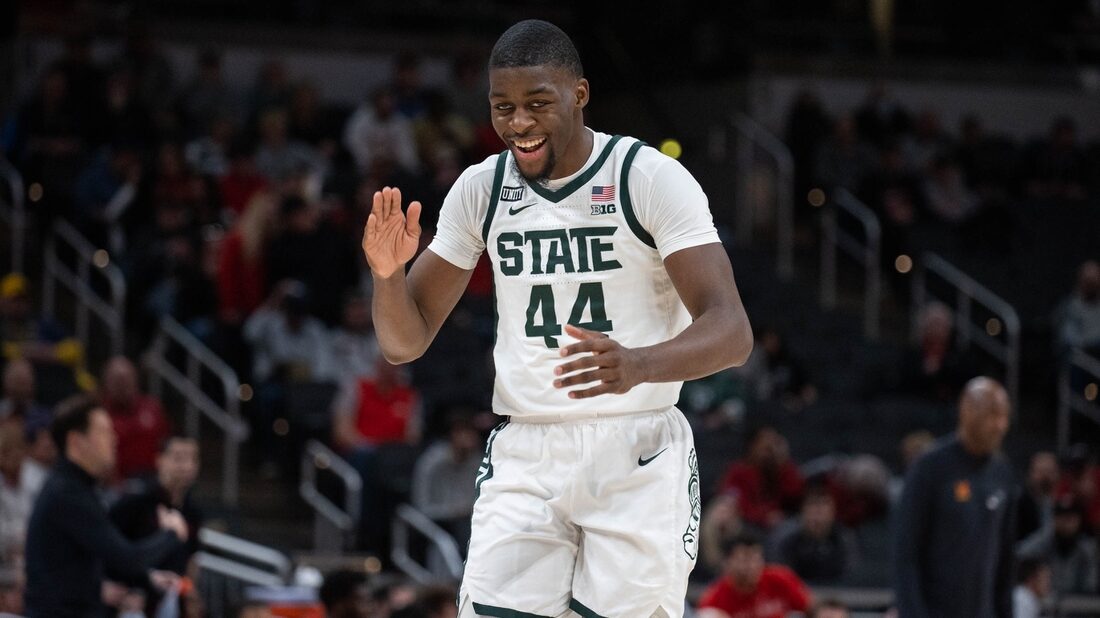 Max Christie hit four free throws in the final 31 seconds and Michigan State held off a Maryland rally for a 76-72 win in the second round of the Big Ten tournament Thursday night in Indianapolis.

The Spartans led by 20 points early in the second half and had a 12-point lead with three minutes to go. But a scrambling full-court press from the Terrapins forced seven Michigan State turnovers in the final 2:27, fueling a surge.

Christie finished with 16 points and Gabe Brown added 13 as the Spartans beat the Terps for the second time in a span of five days and completed a three-game sweep of the season series.

Fatts Russell had 20 points, seven rebounds and six assists for Maryland (15-17). He had a chance to put the Terps up with 12 seconds left, but his 3-point attempt was off the mark. Christie followed by sinking two free throws with six seconds left to sew it up.

Eric Ayala helped fuel the comeback with 17 points and six rebounds. Donta Scott added 15 points and six boards for the Terrapins, who suffered their first losing season since 1992-93.

The Spartans took control against Maryland with a flurry of 3-pointers in the first half. Michigan State finished 50% from the floor and made 9 of 19 (47.4%) from beyond the arc.

In the first half, Michigan State made 7 of 11 attempts from distance, getting 3-pointers from five different players including Christie who went 3 for 3.

A trey by Christie gave the Spartans their biggest lead of the half, 33-23. A 3-pointer by Jaden Akins gave Michigan State a 43-34 lead at the break.

When Maryland missed seven straight shots early in the second half, it helped pave the way for a 10-0 burst by Michigan State. Brown started it with a three-point play and finished it with a 3-pointer as the Spartans gained their biggest lead at 57-37.

Maryland later answered with a nine-point spree, which Scott started with a driving slam dunk and finished with a 3-pointer, which sliced the deficit to 59-49 midway through the half.

The Spartans steadied themselves and took a 68-56 lead with 3:10 left as Jaden Akins hit a 3-pointer but Maryland surged, getting the deficit to two points on two occasions. But the Terps couldn’t close the deal.