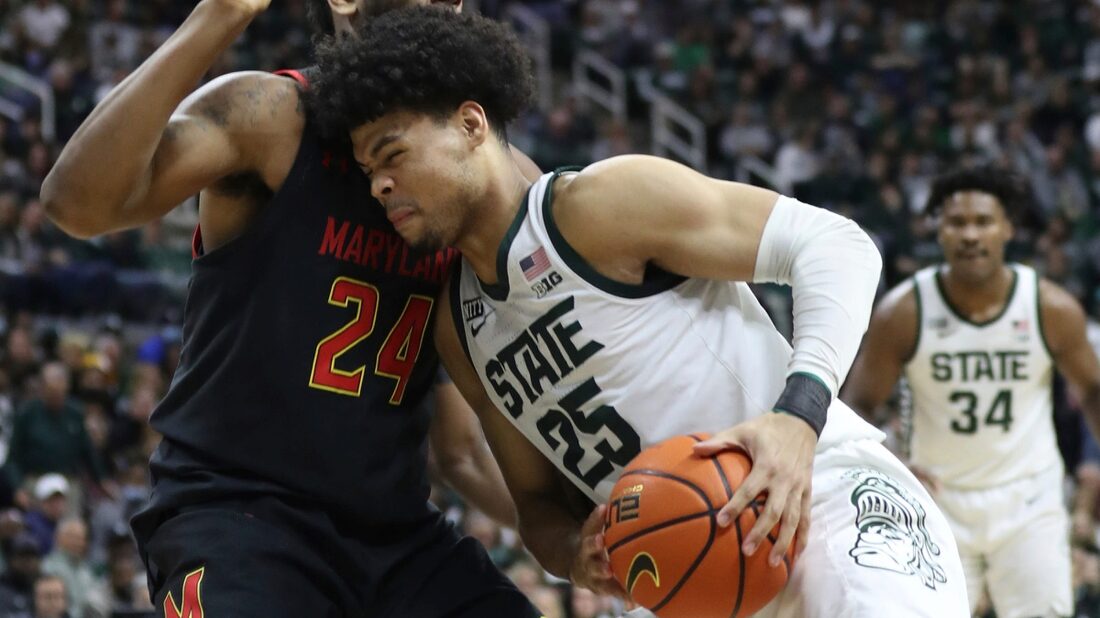 Michigan State and Maryland will not have to invest much scouting time prior to their second-round matchup on Thursday in the Big Ten tournament at Indianapolis.

“I’m looking forward to it. You know, you play a team three times, that’s how you get a good feel for them,” Maryland coach Danny Manning said. “Not a lot of prep in regards to showing a lot of film, because we’ve been doing that all week, so we’ll go back and we’ll break down this game.”

The Spartans shot 53.1 percent in the first half against Maryland on Sunday, opening a 20-point lead at the break. Michigan State scored the first 14 points of the game and led 18-1 before Maryland made its first field goal.

Eric Ayala scored 19, Fatts Russell 16 and Donta Scott 13 for the Terps, who had won four of their previous five.

The Spartans’ victory Sunday was the 633rd for coach Tom Izzo at Michigan State, passing Bob Knight of Indiana for most overall wins at a Big Ten school.

Michigan State, ranked #13 at the end of January, had dropped seven of nine games before beating Maryland.

“We just haven’t been able to put together some games, so now the trick will be, can we put together a couple of practices?” Izzo said. ” … All we can do is show them film, show why we think (lulls) happened, and hopefully get a little better from there.”

After shooting 28.1 percent in the first half against Michigan State, Maryland bounced back to shoot 51.7 percent after the break, closing within 61-58 with 7:14 remaining.

Manning, who coached two seasons at Tulsa and six at Wake Forest, was elevated from assistant to interim head coach on Dec. 3 after the departure of Mark Turgeon.

Maryland needs to win two games to avoid its first losing season since 1993.