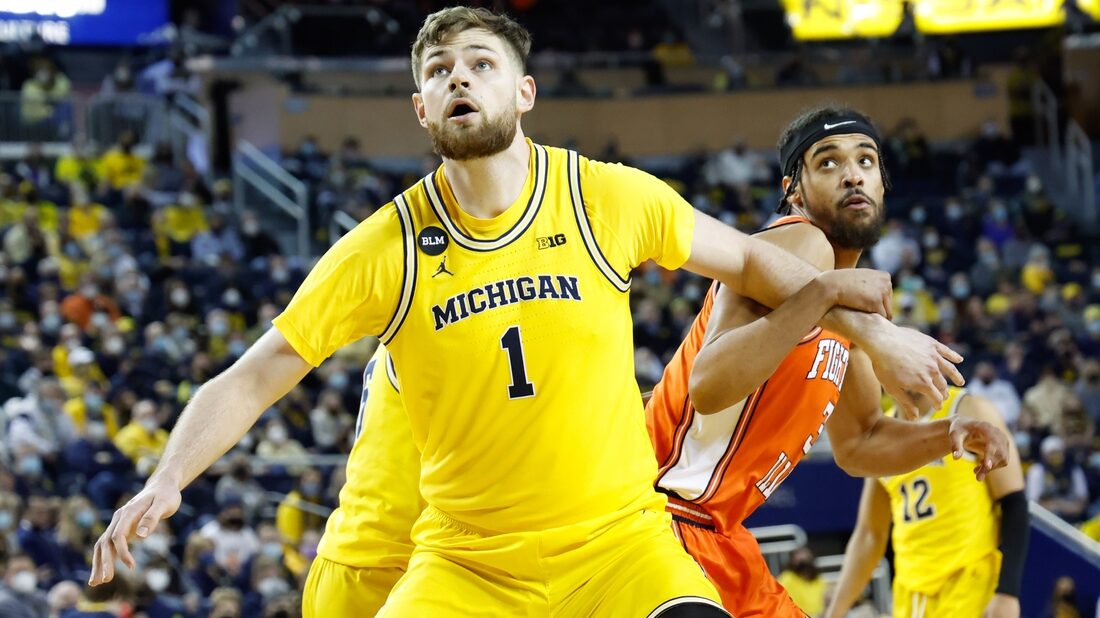 Michigan center Hunter Dickinson was ruled out for Sunday afternoon’s road game against #23 Ohio State due to a stomach ailment.

Brandon Johns Jr. was inserted into the starting lineup in place of Dickinson, who collected 21 points, 11 rebounds, four assists and four blocks in Michigan’s 82-71 setback against #24 Iowa on Thursday.

In this article:cbb-mich, Michigan, ncaab