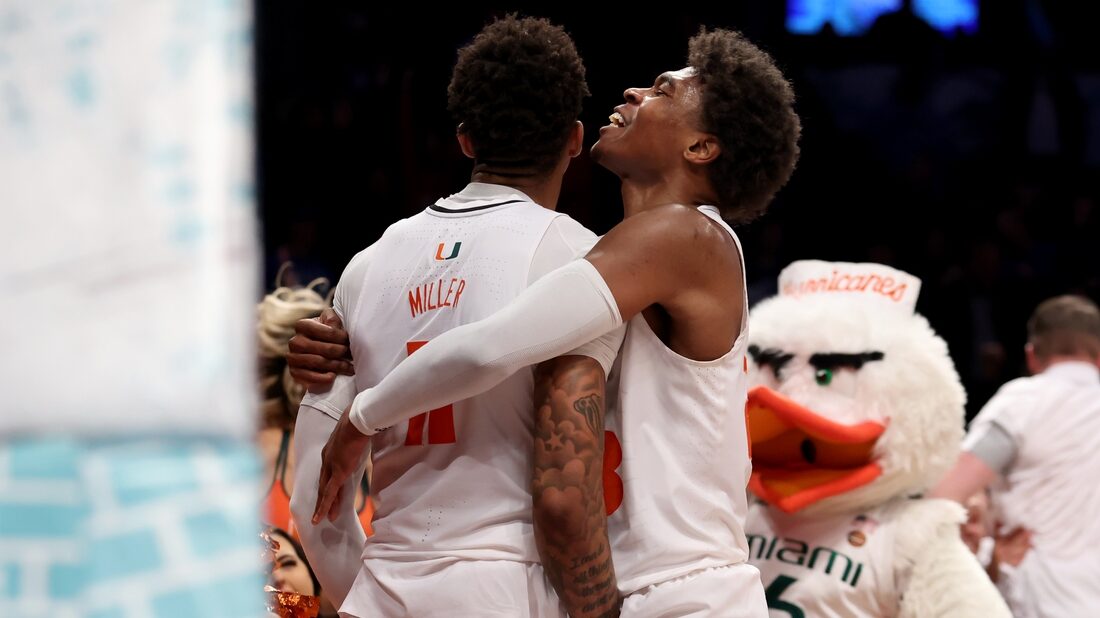 Jordan Miller made a layup at the overtime buzzer as fourth-seeded Miami advanced to the ACC tournament semifinals with a 71-69 win over Boston College on Thursday afternoon in New York.

The score was tied 69-69 when BC’s Makai Ashton-Langford was short on a jumper in the lane. Miami’s Sam Waardenburg grabbed the rebound with 5.6 seconds left. He fed Charlie Moore, whose long outlet pass led to Miller’s dramatic layup that was released a split-second before the buzzer.

Thirteenth-seeded Boston College (13-20) had its two-game win streak snapped, with both of those victories coming in the earlier rounds of the ACC tournament.

Moore — despite being the smallest player on the court at 5-feet-11 — made a go-ahead put-back with 57 seconds left. Then, after McGusty made 1-of-2 free-throw attempts, Miami led 65-62. But Zackery tied the score on a 3-pointer with 15 seconds left.

Miami tried to win it in regulation, but Wong lost the ball, and Galloway’s 65-foot heave just missed, bouncing off the front rim.