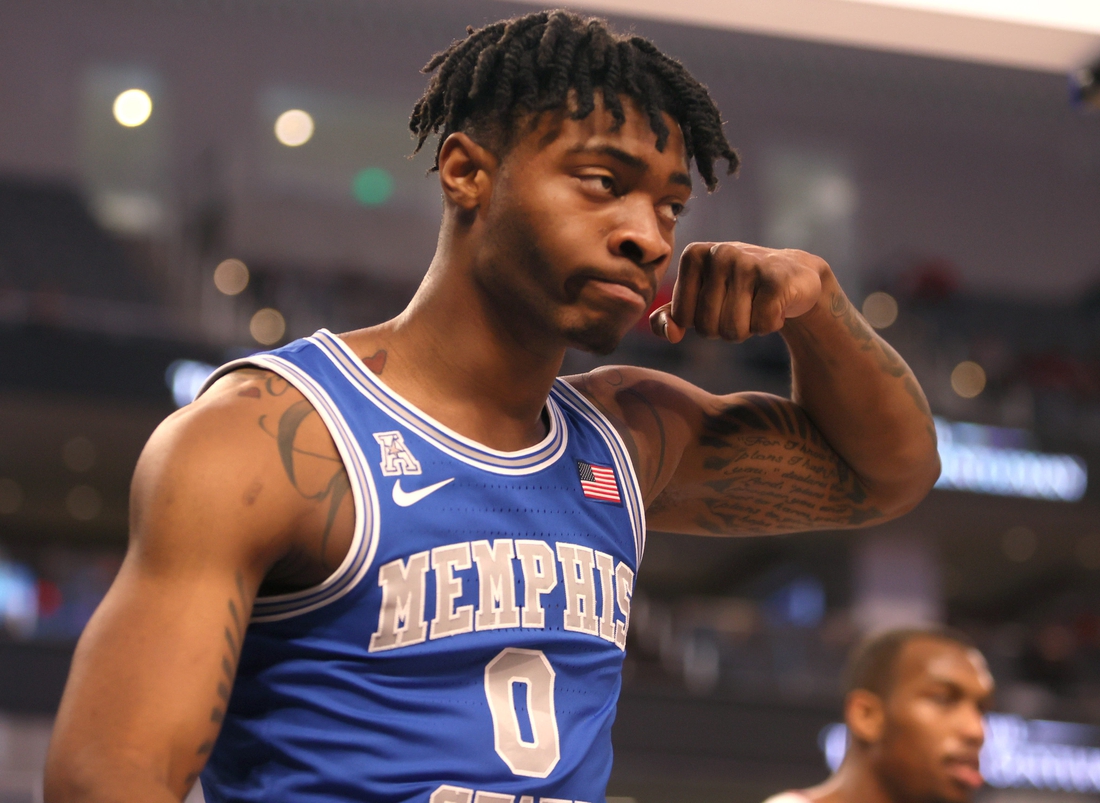 Boise State is enjoying the best season in program history, but there is a historical fact overshadowing the success.

The Broncos have never won an NCAA Tournament game in seven previous attempts.

Eighth-seeded Boise State (27-7) will aim to end that dubious streak when it faces ninth-seeded Memphis (21-10) on Thursday in West region play at Portland, Ore.

The Tigers are a 3.0-point underdog at FanDuel, where they have been backed by 67 percent of the bets and 71 percent of the spread-line handle as of Thursday.

Memphis opened as a 1.5-point favorite at BetMGM but the line has moved to 2.5 with the public backing the Tigers with 69 percent of the bets and 77 percent of the handle. That makes Memphis the third at the sportsbooks for the most amount of bets and money placed on a single team in the first round.

The Broncos set a school record for victories and have won 24 of their past 27 games. They were the Mountain West regular season and conference tournament champions.

Boise State was hoping for a better seed, but 12th-year coach Leon Rice ultimately decided it has no bearing on what happens.

“What does (the seed) really matter?” Rice said. “There’s not one place that you could be and you’re going to go, ‘Oh, the team we’re playing is not good.’ Everybody in the tournament is good. And every team’s gonna have to play great basketball from here on out.”

Memphis also finished the season strong with 12 victories in its last 14 contests after a shaky 9-8 start. The Tigers fell to Houston 71-53 in Sunday’s American Athletic Conference title game but were an at-large selection for the program’s first NCAA Tournament appearance since 2014.

Playing on Sunday and then having their flight delayed for five hours cut into Memphis’ preparation time. Not to mention boarding a plane Tuesday afternoon for a long flight to the Pacific Northwest and then playing one of the first games on Thursday.

“Not a lot of time to turn it around,” Tigers coach Penny Hardaway said. “It’s so weird because we were the last tournament before Selection Sunday.”

Memphis and Boise State met in the NIT quarterfinals last season and the Tigers prevailed 59-56 en route to winning the crown.

That familiarity is an aid in the eyes of Hardaway.

“They don’t really want to play fast. They want to get into the sets,” Hardaway said of the Broncos. “They are well-coached and they play very hard.”

Perhaps the key player in the rematch is a guy who wasn’t on the Tigers last season — freshman big man Jalen Duren.

Duren is a potential NBA lottery selection if he leaves after one season. He averages 12.2 points and 8.1 rebounds and has blocked 59 shots.

Memphis averages 75.4 points per game. Its scoring output in Sunday’s loss to the Cougars was its lowest of the campaign.

“They get after you defensively,” Rice said. “We know that from last year.”

The winner of this contest probably plays top-seeded Gonzaga, which opens with 16th-seeded Georgia State.

If Memphis plays the Zags, the matchup between Duren and probable #1 overall pick Chet Holmgren of Gonzaga will be must-see TV.

If Boise State prevails, Rice coaching against Gonzaga will be the hot storyline. He spent 11 seasons on the Bulldogs’ bench as an assistant under Zags coach Mark Few.

“If we lose to Memphis, we can’t play Gonzaga,” Kigab told reporters. “We’ve got to beat Memphis first.”