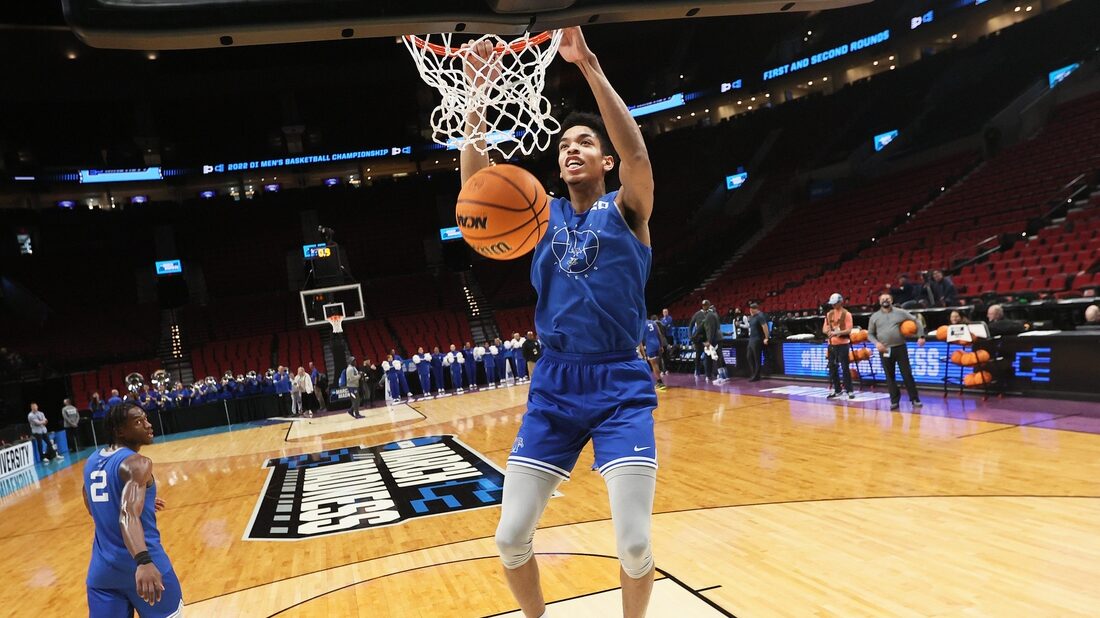 Minott told ESPN that he has no intentions of returning to the Tigers but will maintain his college eligibility.

“I don’t plan to need my eligibility,” Minott told ESPN. “My work ethic and talent should be able to propel me to a standing in the draft I’m comfortable with.”

Minott was a ballyhooed recruit but averaged just 6.6 points, 3.8 rebounds and 14.6 minutes in 33 games this season for the Tigers.

He played just 12 total minutes in Memphis’ two NCAA Tournament games. He had two points in four minutes in a win over Boise State, and four points and four rebounds in eight minutes in the season-ending loss to Gonzaga.

Minott’s longest stint over his final 14 appearances was 17 minutes. He reached double digits in scoring nine times and had 10 or more boards on three occasions.

Minott will likely not be the only Memphis freshman to declare for the draft. Big man Jalen Duren and guard Emoni Bates also are strong possibilities.