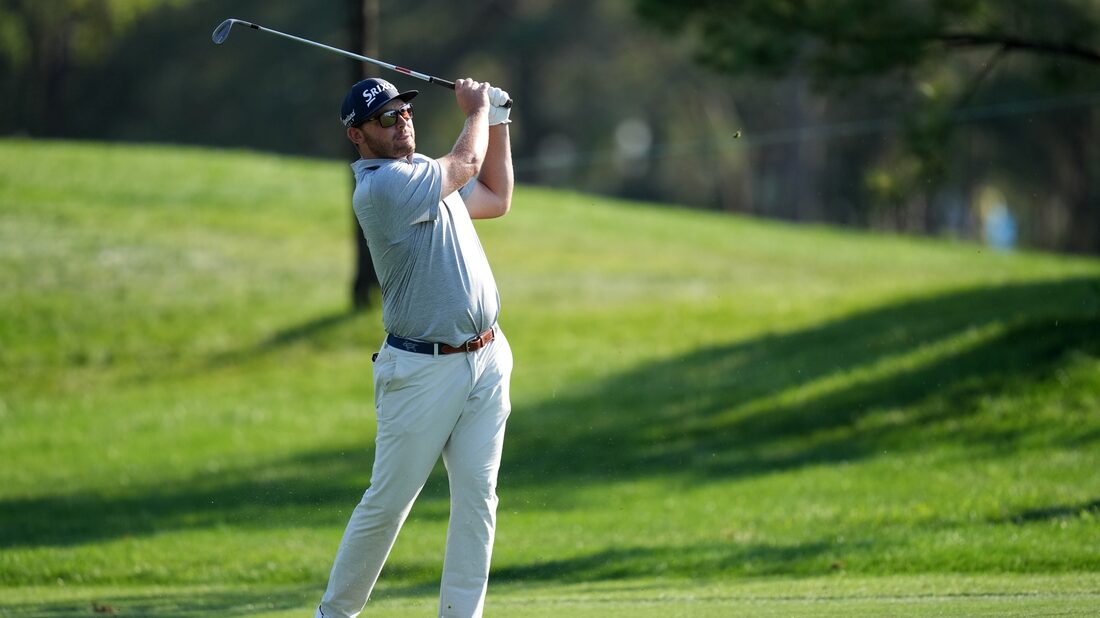 Matthew NeSmith stormed up the leaderboard Friday afternoon with five birdies in his final seven holes to post a career-low round of 61, taking the second-round lead at the Valspar Championship in Palm Harbor, Fla.

NeSmith will enter the weekend at 14 under par, trailed by Canadian Adam Hadwin at 12 under along with Scott Stallings and Sam Burns at 11 under.

The 28-year-old out of the University of South Carolina, who is looking for his maiden PGA Tour victory, followed up his Thursday round of 67 by going bogey-free on the par-71 Copperhead Course layout at the Innisbrook Resort. NeSmith’s score matched the course record, and he has yet to miss a putt under 10 feet through two rounds.

“I didn’t write any scores down until the scoring tent,” the leader said. “It was a really fun day out there, I played some really good golf and did a lot of the really right things that I’ve been working on.”

NeSmith narrowly missed an 18-foot birdie putt on the ninth hole, his final one of the day, that would have established a new course record.

“So at some point in time that falls on me and that falls on how I act and how I think and how I want to feel. And so I’m done getting in my own way. And if it affects the way I play in a bad way, that’s fine, but I’m done with the anxiety.”

Hadwin and Burns were two of four Thursday co-leaders to open with rounds of 7-under 64, but they were eclipsed by NeSmith’s effort in the second round. Hadwin, the 2017 Valspar winner for his lone PGA Tour victory, posted a 66 to take solo second.

“I was fairly average for the first few holes today,” Hadwin said. “It didn’t really kind of kick off until I made that par save on 7, and then got a few putts to go in and made some nice straightforward birdies on the back.”

Justin Thomas shot his second straight 66 to enter the third round alone in fifth place at 10 under, followed by Davis Riley, who was able add a 68 to his 65 from Thursday to reach 9 under.

The 144-player field benefited from warm weather and calm conditions with the cut coming at 3 under par, with 72 players qualifying for the weekend. Viktor Hovland of Norway, Matt Kuchar and Harold Varner III were among those to make the cut on the number.

Notable names to miss the cut included Bubba Watson (2 under), Australia’s Jason Day (even) and Zach Johnson (even).