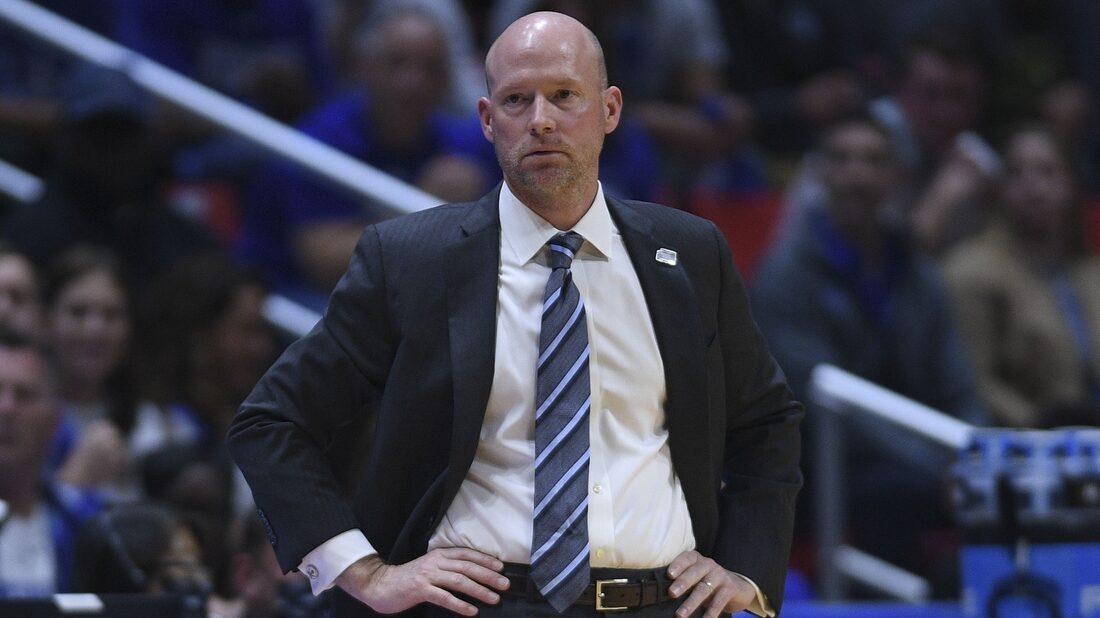 It’s a seven-year deal that will average $4.2 million per season, putting Willard near the top of Big Ten coaching salaries, per reports. The deal begins at $3.9 million for 2022-23 and escalates by $100,000 every year after, per the reports.

“Growing up and coaching in the region, I have always admired Maryland basketball,” Willard said in a statement. “Being named head coach of one of the nation’s premier basketball programs is a tremendous honor.”

Willard led Seton Hall a 21-11 record and reached the NCAA Tournament last week for the fifth time since he was hired in 2010. The Pirates won the 2020 regular-season Big East title and would have been assured a spot in the 2020 tournament that was canceled due to COVID-19.

He had a 225-161 record in 12 seasons, a win total that ranks second all-time in Seton Hall basketball history. He had six 20-win seasons in the past seven years.

Turgeon and Maryland mutually parted ways in early December following a 5-3 start to the season. The Terrapins finished 15-17 and missed the NCAA Tournament.

“We are thrilled to welcome Kevin to the Terrapin family,” Maryland athletic director Damon Evans said in a statement. “We are excited about the future of Maryland basketball with Kevin leading the way. Known for his gritty, hard-working teams, Kevin has had tremendous success, winning conference championships and leading his teams to NCAA Tournaments. He has made a habit of scheduling challenging opponents and winning in those games as evidenced by his record against Big Ten teams in recent years. He has familiarity with the region, being a native New Yorker and having spent much of his life in the Northeast corridor.

“We welcome Kevin, his wife Julie, and their sons Colin and Chase to the Maryland family and we look forward to the next great chapter in Terrapin basketball history.”

Willard played point guard at Pittsburgh for three years and was an assistant coach at Louisville.

“Having coached against Maryland several times and at XFINITIY Center, I know how Terp fans feel about this team,” Willard’s statement said. “I embrace the high expectations.”

Speculation started almost instantly that the Pirates would hire former point guard Shaheen Holloway, who is getting prepared for a Sweet 16 game as head coach of East Region #15 seed Saint Peter’s. Holloway is the all-time assists leader at Seton Hall and was hired at Saint Peter’s by current Seton Hall athletic director Bryan Felt.

Holloway said Friday that Felt’s vision for the Peacocks’ basketball program overrode the majority of opinions he solicited about taking the Saint Peter’s job.

“At the time the AD, Bryan Felt, I knew him from Seton Hall, we worked together,” Holloway said. “He had a good vision of what he wanted the place to be. I had a vision of what I wanted to do and I thought at the time things clicked and now moving forward three years, we got a new administration in place, everybody is on the same goal. The goal is to make Saint Peter’s University and the athletic department the best place possible.”