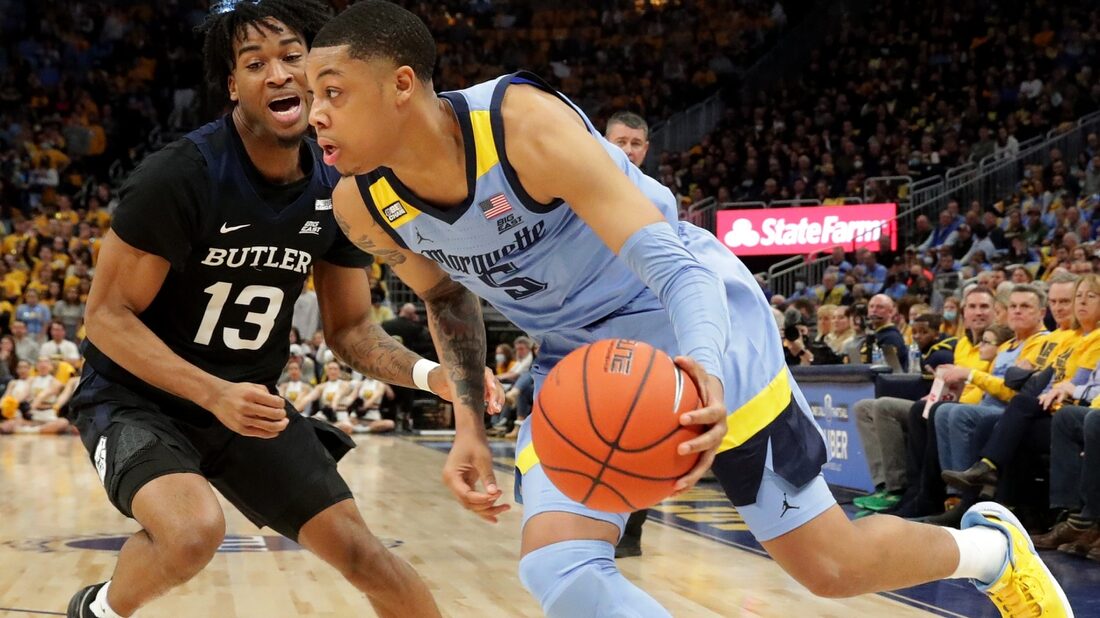 Marquette will try to win its eighth consecutive home game when it hosts St. John’s on Saturday night in Milwaukee in the final regular-season game for both teams.

The Golden Eagles (18-11, 10-8 Big East) have been wreaking havoc for visiting teams, as they have not dropped a game at home since their double-overtime loss to Creighton on Jan. 1.

However, Marquette has dropped its last five road games after falling 91-80 to DePaul on Wednesday night. The Golden Eagles found themselves on the wrong end of a 21-5 run in the second half that ultimately allowed the Blue Demons to even the season series.

Justin Lewis paced Marquette with 26 points and 10 rebounds on 11-of-18 shooting to notch his sixth double-double of the season. Darryl Morsell and reserve Stevie Mitchell each added 12 points, and Oso Ighodaro finished with 10 off the bench.

Morsell, Greg Elliott and Kur Kuath will all be honored before the game on Saturday as part of a senior night ceremony.

Tareq Coburn led all scorers with a season-high 20 points on 6-of-8 shooting. Julian Champagnie tallied 19, and Posh Alexander finished with 17 along with seven rebounds and eight assists. Aaron Wheeler also added 11 points and 11 rebounds off the bench.

“First half was probably a defensive struggle and offensive struggle, but I thought the second half it picked up for both teams,” St. John’s head coach Mike Anderson said. “I thought we just had a lot more energy in the tank there in the end and finished it off.”

The Red Storm have been hot on the road as of late, winning three of their last four games. St. John’s has averaged 86.3 points per game during that span.

Saturday marks the first meeting of the season between Marquette and the Red Storm after the two teams’ first contest scheduled for Dec. 29 was canceled due to COVID-19 protocol. The Golden Eagles hold a 23-16 record in the all-time series against St. John’s and have taken three of the last five games.