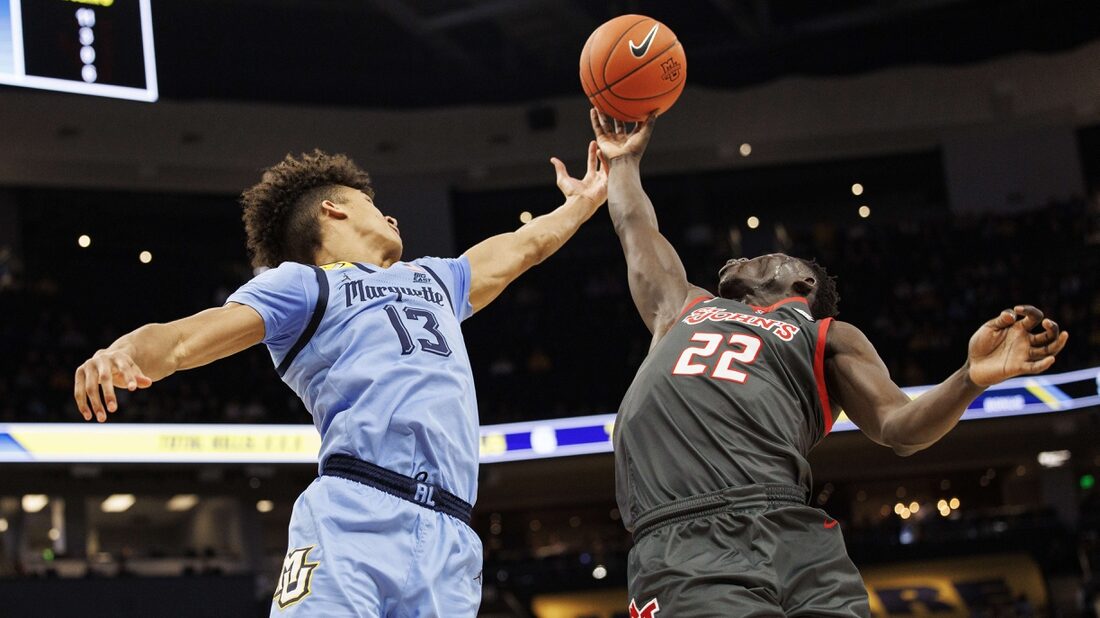 Justin Lewis scored 28 points Saturday night as host Marquette led virtually the entire way in an 85-77 win over St. John’s in the regular-season finale for both teams at Milwaukee.

The Golden Eagles (19-11, 11-8 Big East) clinched the fifth seed in the Big East tournament and a date with Creighton in the quarterfinals by winning its eighth straight home game.

The Golden Eagles trailed for only 31 seconds in the game.

Lewis made 9-of-20 shots, including four 3-pointers.

St. John’s (16-14, 8-11) was picked for fourth in the preseason poll and ended up with the seventh seed and a meeting with DePaul in the Big East tournament.

Dylan Addae-Wusu led St. John’s with 19 points. Leading scorer Julian Champagnie was held to 15 on 6-of-17 from the floor, Aaron Wheeler contributed 11 and Esahia Nyiwe chipped in 10. Posh Alexander was held scoreless as the Red Storm shot 41.4 percent.

After allowing the game’s first 10 points, Addae-Wusu’s 3-pointer gave St. John’s its first lead at 19-18 with 9:57 remaining but Marquette quickly surged ahead. A layup by Kuath started an 11-0 run on the next possession and Lewis scored nine straight points with his dunk putting Marquette up 29-19 with 7:14 remaining.

The Red Storm were within 36-33 on a hoop by Champagnie with 4:03 remaining but the Golden Eagles held a 42-35 lead by halftime when Lewis hit a 3-pointer with 33 seconds left.