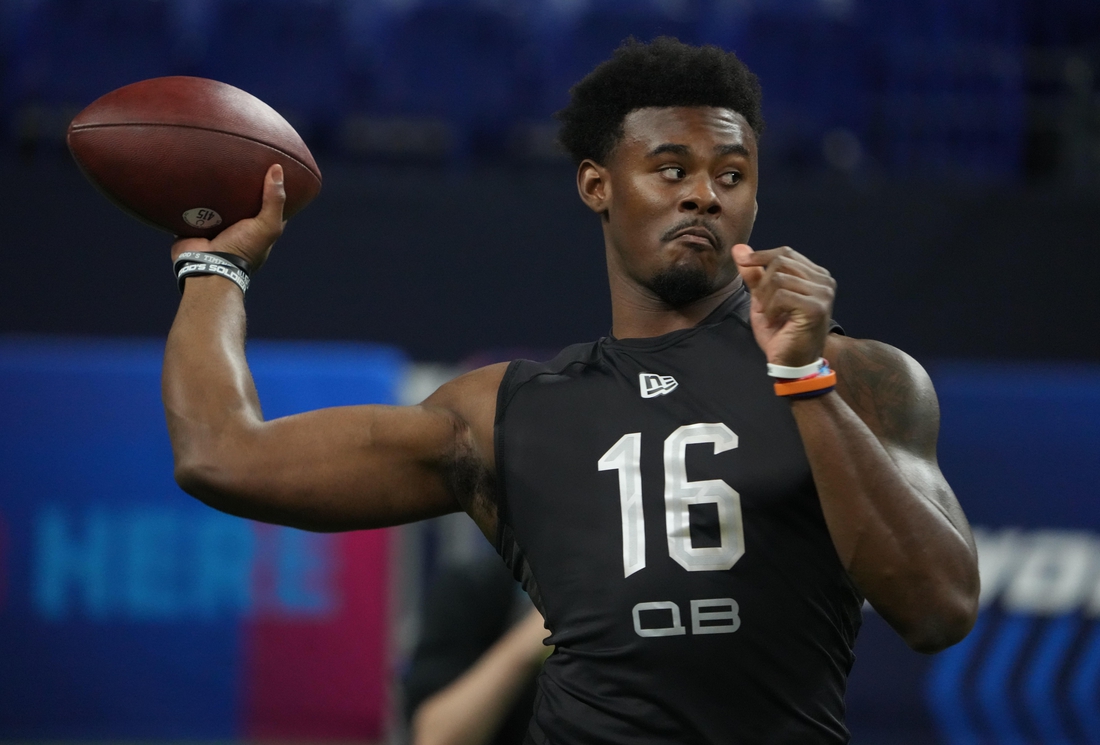 Invitations were accepted by 21 prospects to attend this month’s NFL draft in person at Las Vegas, including potential #1 picks Aidan Hutchinson, Evan Neal and Ikem Ekwonu, as well as quarterbacks Malik Willis and Matt Corral.

Projections are split as to whether the Jacksonville Jaguars, selecting first for the second year in a row, will choose a pass rusher like Michigan’s Hutchinson or an offensive tackle like Alabama’s Neal or North Carolina State’s Ekwonu.

The list, which was released Thursday, also includes Oregon pass rusher Kayvon Thibodeaux, Cincinnati cornerback Ahmad “Sauce” Gardner and Notre Dame safety Kyle Hamilton, all of whom are expected to go in the top 10.

Willis, from Liberty, and Corral, from Ole Miss, are the only two quarterbacks who plan to attend. Pitt’s Kenny Pickett, another possibility to be the first quarterback off the board, passed on the opportunity to go to Las Vegas and will instead watch the draft from home with his family, Pittsburgh Sports Now reported.