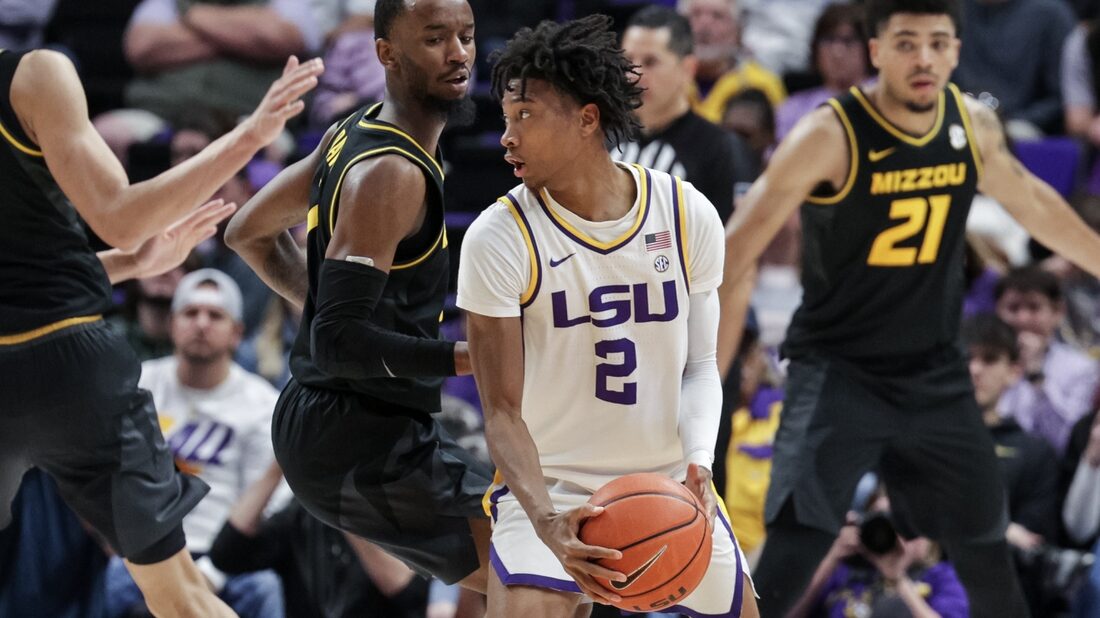 LSU hopes to improve its NCAA Tournament credentials by doing damage at the Southeastern Conference tournament in Tampa, beginning with a second-round game against Missouri on Thursday.

LSU (21-10) finished 9-9 in SEC play after upending Alabama in its season finale, settling for the #5 seed and failing to secure a double bye. Missouri (12-20), which is 12th-seeded, advanced by defeating Ole Miss 72-60 on Wednesday in the opening round.

“It’s a lot harder to win four in four days,” LSU coach Will Wade said. “I’m a realist. But it’s important in the sense that we’ve got some really good opportunities. First off is the (Missouri) game. We don’t need to knock our seeding down and give back what we got against Alabama.

“And then, if we can beat them, you’ve got a crack to help yourself again. The last time I was in Tampa, Mississippi State won four games in four days to win it in 2009. Auburn did a couple years ago in Nashville, the year they went to the Final Four, so it can be done. But the hardest game in any tournament to win is the first one.”

LSU is coming off an 80-77 overtime victory over the then-#25 Crimson Tide. But prior to that, it lost three of four games to slide into the middle of NCAA Tournament bracket projections.

LSU defeated Missouri 75-55 on Feb. 26 in their only regular-season meeting. Tari Eason had 18 points, six rebounds and three steals in 20 minutes off the bench before fouling out.

Missouri lost six straight games before beating Georgia 79-69 in its regular-season finale. The Tigers are trying to put a positive ending on a difficult season.

“It’s not over,” Brown told the SEC Network after scoring 16 points in the victory over Ole Miss. “Like I told (teammates) before the game, it’s win or go home, there’s no more next game. Everything counts. So we have to make everything count. Everything’s important. Every little thing.”

One of the keys for Missouri will containing its former point guard Xavier Pinson, who transferred to LSU and became an offensive catalyst. He is averaging 10.3 points and 4.7 assists but had a 26-point game at Kentucky this season and a 10-assist game against Georgia.

When asked his plans for defending Pinson, head coach Cuonzo Martin quipped, “I can’t give you that insight because you’ll write it. Come by the hotel and I’ll tell you.”