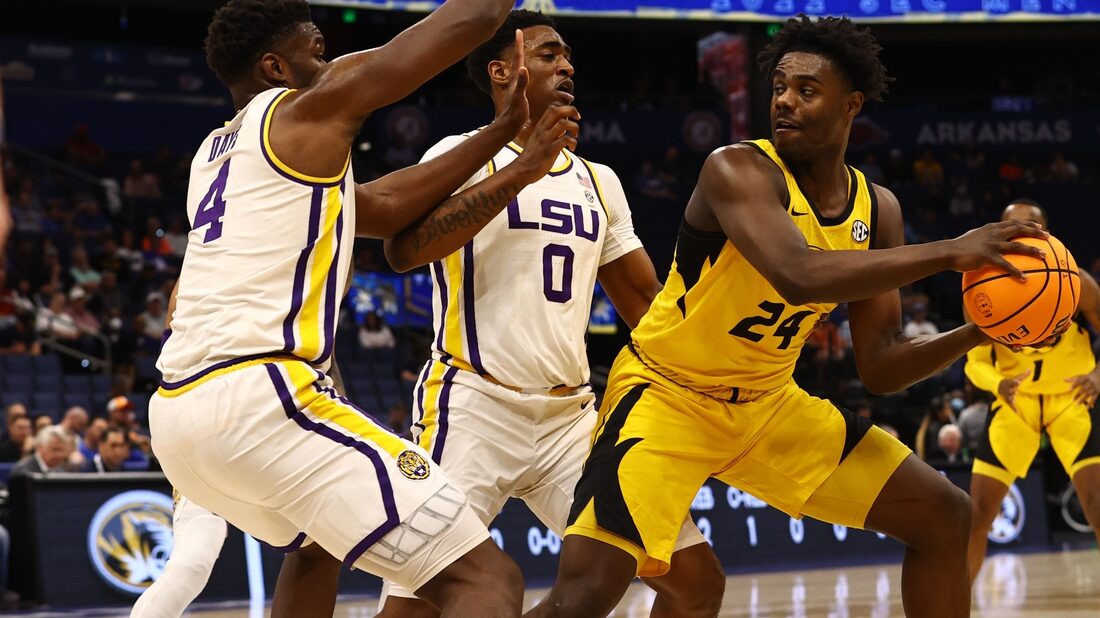 Tari Eason scored 19 points to lead a balanced offense and LSU never trailed in a 76-68 victory over Missouri in a second-round game in the SEC tournament on Thursday in Tampa.

Darius Days scored 16 points and Efton Reid had 12 points. Reid made all six of his field-goal attempts in his first double-digit scoring effort against an SEC opponent and his highest point total since Dec. 22.

Xavier Pinson, a transfer from Missouri, and Eric Gaines added 11 points each for #5 seed LSU (22-10), which will face #15 Arkansas, the fourth seed, in the quarterfinals Friday afternoon. Arkansas won both regular-season meetings with LSU.

Kobe Brown scored five points as Missouri started the second half with a 10-4 run and pulled within 43-33.

LSU, which last month scored the first 15 points of the second half to take control in a 75-55 victory over Missouri, had a strong start to the first half this time. Pinson scored seven points and Days had five as LSU took a 12-2 lead.

Even while smothering Missouri with its defense, LSU did not commit a foul until 7:47 remained in the first half.

LSU’s scoring pace slowed, but Eason’s jumper still pushed the lead to 34-9 before Missouri had its best offensive stretch of the half. Gordon made two 3-pointers and Ronnie DeGray III made one to pull Missouri within 34-18.

In this article:cbb-lsu, LSU, missouri, ncaab