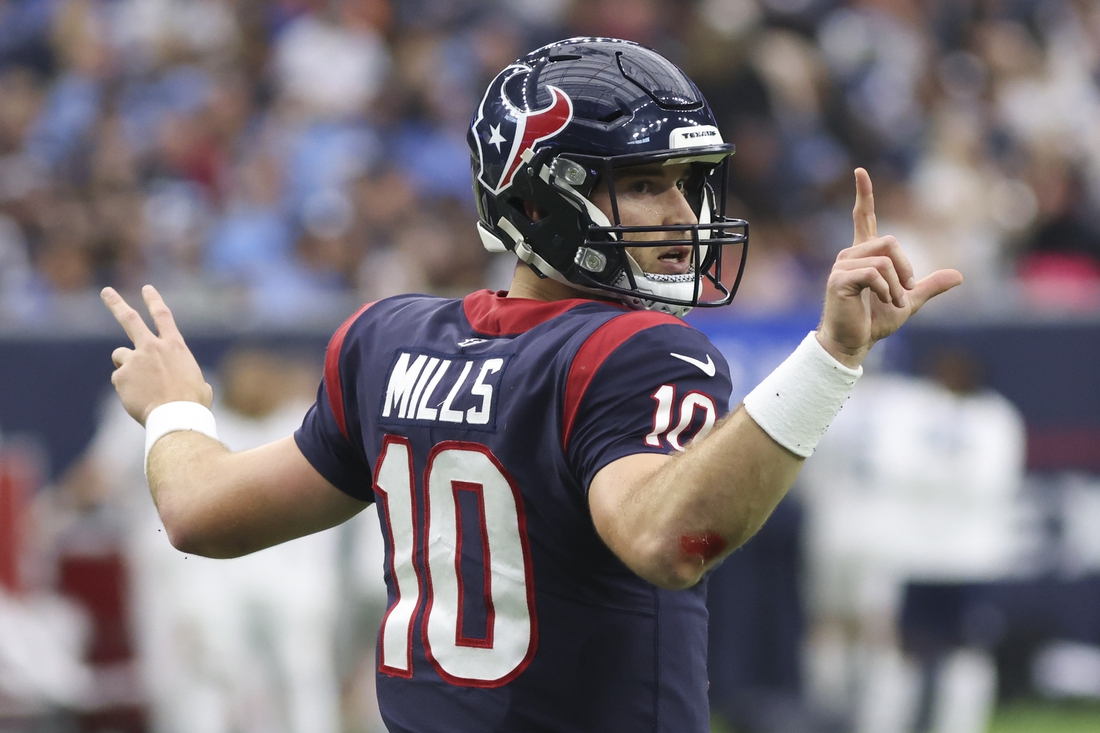 Smith told reporters at Houston’s first day of offseason workouts Monday that “Davis is our quarterback” as the Texans enter the post-Deshaun Watson era.

“(If) you look at all of my comments about Davis, I am a believer in him and what he’s going to do,” Smith said.

Mills, a 2021 third-round draft pick out of Stanford, took over from Tyrod Taylor as Houston’s starting quarterback. In 13 games (11 starts), Mills finished with 2,664 passing yards and 16 touchdown passes, with 10 interceptions, while completing 66.8 percent of his throws.

He ranked third among all rookie quarterbacks in passing yards, having more than Zach Wilson and Justin Fields, and ranked second among rookies in touchdown passes, eclipsing #1 pick Trevor Lawrence as well as Wilson and Fields.

Jeff Driskel and Kyle Allen are the other quarterbacks on the Texans’ roster. The team also has five of the first 80 picks in this month’s draft.

Smith is entering his first season as the Texans’ head coach after being promoted from associate head coach and defensive coordinator this winter, replacing the fired David Culley. So Smith got to see Mills up close throughout the 2021 season.

“I believe in him, (offensive coordinator) Pep Hamilton, second year in system, so many good things that he did. And that’s as a rookie,” Smith said of Mills. “The improvement you see from year one to year two is normally a big improvement, and that’s what we’re going to get from him.”