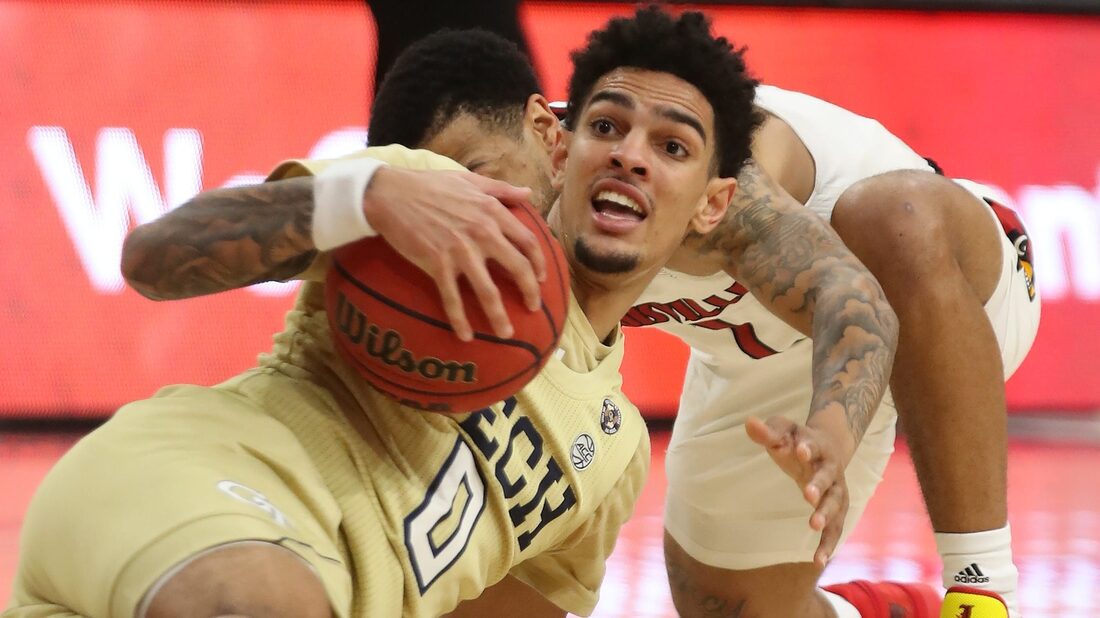 On Jan. 2, when Louisville held off Georgia Tech 67-64 in a game at Atlanta, the Cardinals were 9-4 overall and 3-0 in the Atlantic Coast Conference. It looked like another 20-win season and an NCAA Tournament berth were on the horizon.

And then Louisville collapsed, winning just three more games. Coach Chris Mack was dismissed but the losing continued. A once promising regular season ended with the Cardinals going 12-18 overall and 6-14 in the ACC.

Louisville will try to salvage some dignity Tuesday night in the ACC tournament at Brooklyn, N.Y., where it meets Georgia Tech in a first-round matchup, putting its 11 seed up against a 14.

The Cardinals dropped a 71-61 home decision Saturday to Virginia, falling victim to a 22-3 run that ended the first half and put them in a 36-17 hole. Not even a 44-point second half could make a difference.

“Our consistency and ability on the defensive end to finish every possession hurt us and that is where I thought the game was lost,” Louisville interim coach Mike Pegues said.

Noah Locke is the Cardinals’ leading scorer at just 9.5 points per game, making 34.4 percent of his 3-point attempts.

Georgia Tech (12-19) enters on somewhat of a high, thanks to an 82-78 overtime win Saturday over Boston College that saw seniors Jordan Usher and Michael Devoe combine for 48 points.

Devoe led the team in scoring at 18.0 points per game and also averaged a team-best 3.2 assists. He was named a third team All-ACC selection on Monday.

In this article:georgia tech, louisville, ncaab