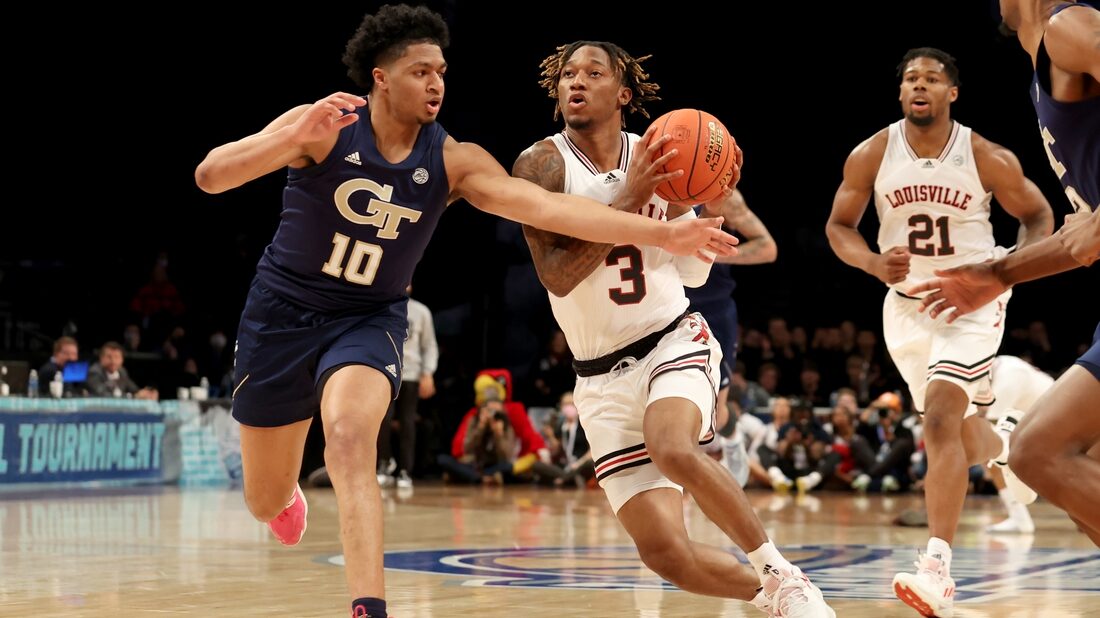 Jarrod West scored a game-high 20 points Tuesday night as 11th-seeded Louisville built a 27-point lead and then held off a furious Georgia Tech rally for an 84-74 win in the first round of the Atlantic Coast Conference tournament in New York.

The Cardinals (13-18) advance into a second-round matchup Wednesday night against sixth-seeded Virginia. The 14th-seeded Yellow Jackets, who won the tournament last year, end their season at 12-20.

Noah Locke added 16 points for Louisville, while Malik Williams contributed 14 points and 10 rebounds. Sydney Curry produced 12 points and El Ellis came off the bench to kick in 10 points and six assists. The Cardinals shot 48.4 percent from the field and logged 18 assists on 30 made buckets.

Jordan Usher scored 19 points, dished out nine assists and grabbed six rebounds for Georgia Tech. Miles Kelly also had 19 points and Michael Devoe chipped in 15, though he made only 5 of 13 shots from the field.

Devoe, a third-team All-ACC pick, and Usher didn’t start for the Yellow Jackets for undisclosed reasons. Both reported into the game after the first TV timeout.

Devoe heated up with 13 second-half points, helping Georgia Tech slice a 67-40 deficit to 73-68 when Deebo Coleman made a free throw with 2:57 remaining. However, Louisville got back-to-back 3-pointers from West and a short jumper from Samuell Williamson for an 81-70 advantage with 1:21 left.

The Yellow Jackets scored the game’s first seven points, but the next 25 minutes were all Cardinals, all the time. Curry put Louisville ahead for good with a free throw at the 13:15 mark of the first half for a 12-11 advantage.

Locke sank a transition 3-pointer at the 8:23 mark for Louisville’s first double-figure lead at 25-15. The margin continued to grow for the half’s remainder, finally reaching 45-28 entering the break after Ellis drove for a layup with 40 seconds left.

The Cardinals hit 53.3 percent from the floor and kept Georgia Tech off the foul line in the half.

Overall, the Yellow Jackets made 47.4 percent of their field-goal attempts and shot 12 of 15 on free throws.

In this article:georgia tech, louisville, ncaab