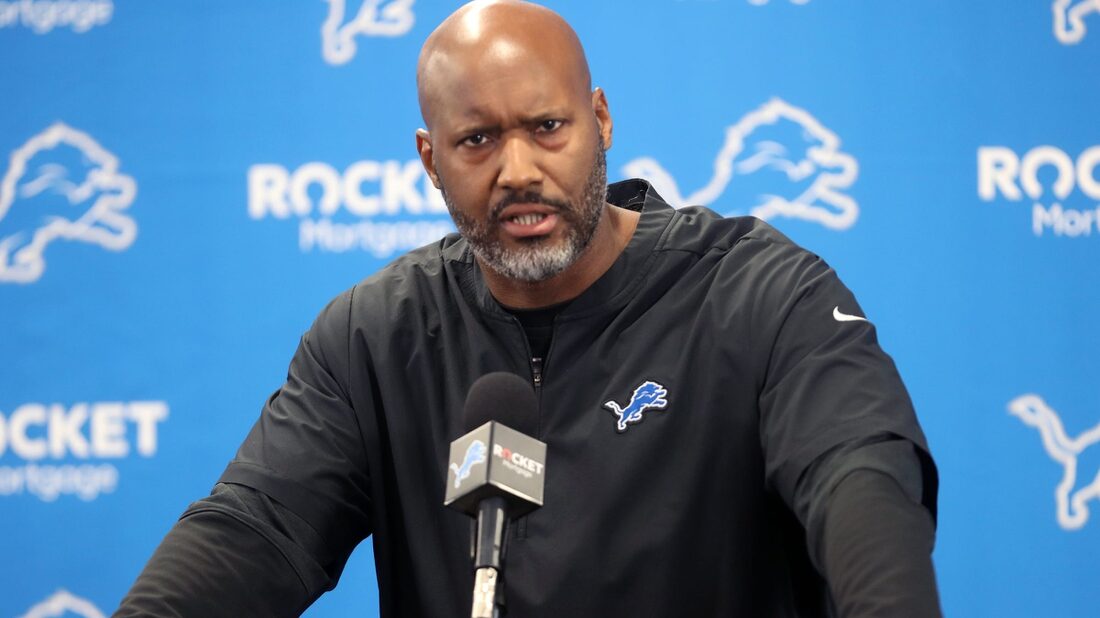 Detroit general manager Brad Holmes has put the NFL on notice: The Lions are willing to trade out of the #2 slot in the upcoming NFL draft.

In fact, Holmes told The Detroit News on Tuesday that he’s had “dialogue with a couple of teams” already.

With the team sticking with Jared Goff as their quarterback this season and the 2022 QB class considered weaker than years past, the Lions could have multiple offers at #2. Further, with Jacksonville picking at #1 and having taken Trevor Lawrence last year, the Lions’ spot could be where the first QB gets selected.

“I think definitely we could pull that trade off, if the other team is willing, before the draft,” Holmes said. “I would say right now it’s still relatively early for those discussions, but I would expect for it to heat up, especially with the pick that we have this year.”

Holmes added that the Lions have no dependencies on what Jacksonville does ahead of them.

The Lions also pick at #32 overall, acquired from the Los Angeles Rams in the Matthew Stafford-Goff trade. The Lions also received the Rams’ first-round pick in the 2023 NFL Draft in the trade.

Speaking of Goff, Holmes said the Lions are “happy with where Jared’s at right now.”

“Jared played good football for us late in the year, so we have a lot of optimism about Jared going forward, so we have a quarterback,” Holmes told reporters.

But that doesn’t mean they won’t draft a QB and stash him behind Goff for a period of time.

“Sure, I could see some advantage of there is a young quarterback that can learn under Jared,” the second-year GM said. “I don’t think Jared would have any issues taking on that role. He’s had more younger guys with less experience behind him, so he’d be very comfortable with that.”

The Lions head into the draft with nine total picks, including two in the third round but none in the fourth.