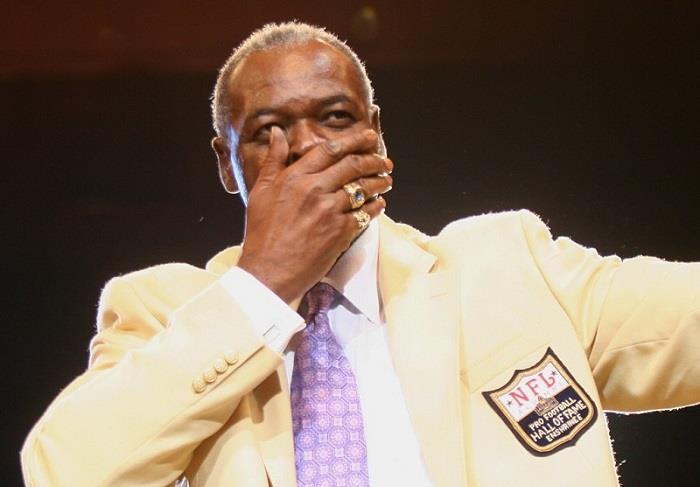 Wright, a six-time Pro Bowl selection during 13 seasons with the Dallas Cowboys, had been hospitalized for several days following a severe seizure, the team said on Friday.

Wright played in five Super Bowls — including two wins — and was a member of the 1970s All-Decade Team. He was a first-team All-Pro three times.

“Rayfield Wright was the epitome of what it takes to be a Hall of Famer,” Cowboys owner Jerry Jones said in a statement. “His grit, his agility, his passion, his charisma and his love for football, the community and his family always shined through.

“The original ‘Big Cat’ helped shape the future of the Dallas Cowboys through his illustrious 13-year playing career. Rayfield was a champion on and off the field. He remained an important part of the Cowboys family long after his playing days ended, and he will be deeply missed. Our love and support go out to his wife, Di, and the entire Wright family.”

More than 40 years after playing his last game, Wright is still viewed as one of the top offensive players in Cowboys history.

Wright was released after the 1979 season and hooked on with the Philadelphia Eagles. But he retired during training camp without playing a game for the Eagles.

According to reports, Wright dealt with seizures for many years after his career ended and later was diagnosed with early stage dementia in 2012. He also said he suffered too many blows to the head to count during his career and often dealt with headaches and dizziness after leaving the game.

Wright played college football at Fort Valley State after initially choosing the school to play basketball. He considered an offer from the NBA’s Cincinnati Royals (now the Sacramento Kings) after his junior season before opting to stay at the school.

Instead, Wright was a seventh-round draft choice (182nd overall) by the Cowboys in 1967 and his career took off. He was inducted into the Pro Football Hall of Fame in 2006.