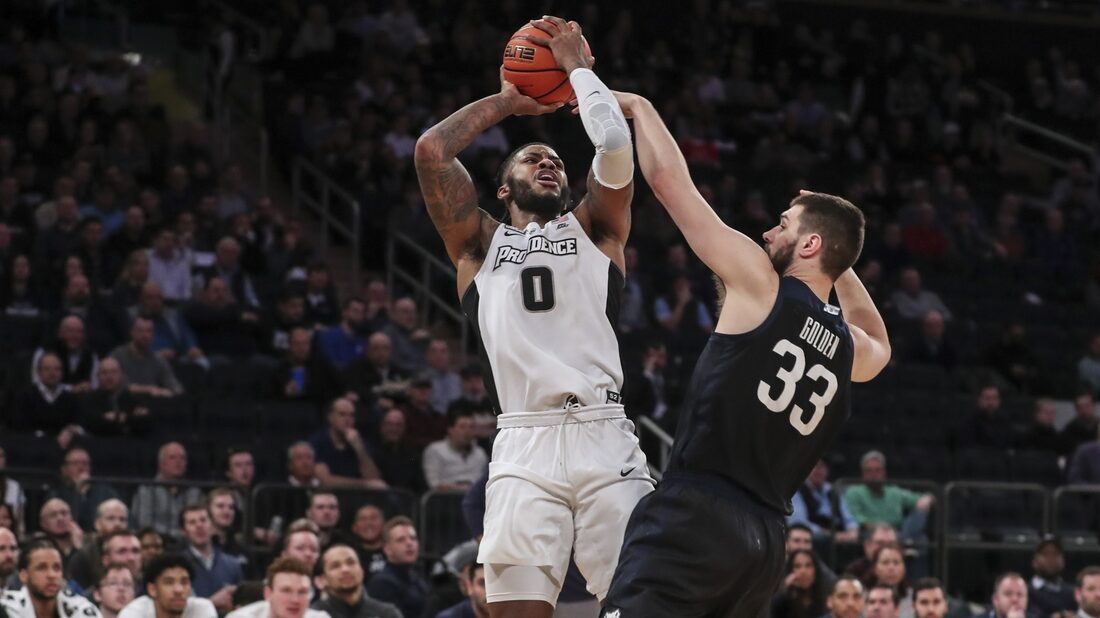 Al Durham hit a 3-pointer from the left corner with 39 seconds left to put #11 Providence ahead to stay as the top-seeded Friars held off ninth-seeded Butler’s upset bid and secured a 65-61 victory Thursday in a Big East tournament quarterfinal in New York.

Nate Watson scored 26 points and Jared Bynum added 16 for the Friars (25-4), who will face either Creighton or Marquette in a semifinal Friday.

Providence, which beat Butler three times this season, rallied from a 59-56 deficit in the final 1:20. Watson scored on an and-one, but missed the free throw. Watson, who went 8-for-13 from the foul line, missed four key free throws down the stretch.

But Justin Minaya blocked a shot attempt by Harris, setting up Durham’s clean look from the corner off a pass from A.J. Reeves that put Providence ahead 61-59. Minaya then blocked a Simas Lukosius’ shot, a putback attempt was no good and Bynum secured the rebound.

Bynum made two foul shots with 12 seconds left for a 63-59 advantage, and after Hodges made a layup with seven seconds to go, Durham punctuated the victory with a dunk with four-tenths of a second left.

The Bulldogs attempted to establish control with an 8-2 run that gave them a 51-45 lead.

Lukosius had a behind-the-back feed to Golden for a basket during the spurt, and also a nifty dropoff to him on a fast break. Golden’s driving layup with 9:13 to go extended the lead to 51-45.

The Friars responded with Noah Horchler’s contested 3-pointer from the left corner sparked a 6-0 run that enabled Providence to tie the score at 51 on Watson’s basket in the paint with 7:30 remaining.

Butler didn’t help itself from the foul line in the first half, which ended tied at 31. The Bulldogs, who benefited from Xavier’s 13-for-29 performance at the stripe the previous day, went 9 for 17 on free throws in the first half. Bryce Nze struggled the most, going 1 for 6. Butler finished 14 for 23 from the line.