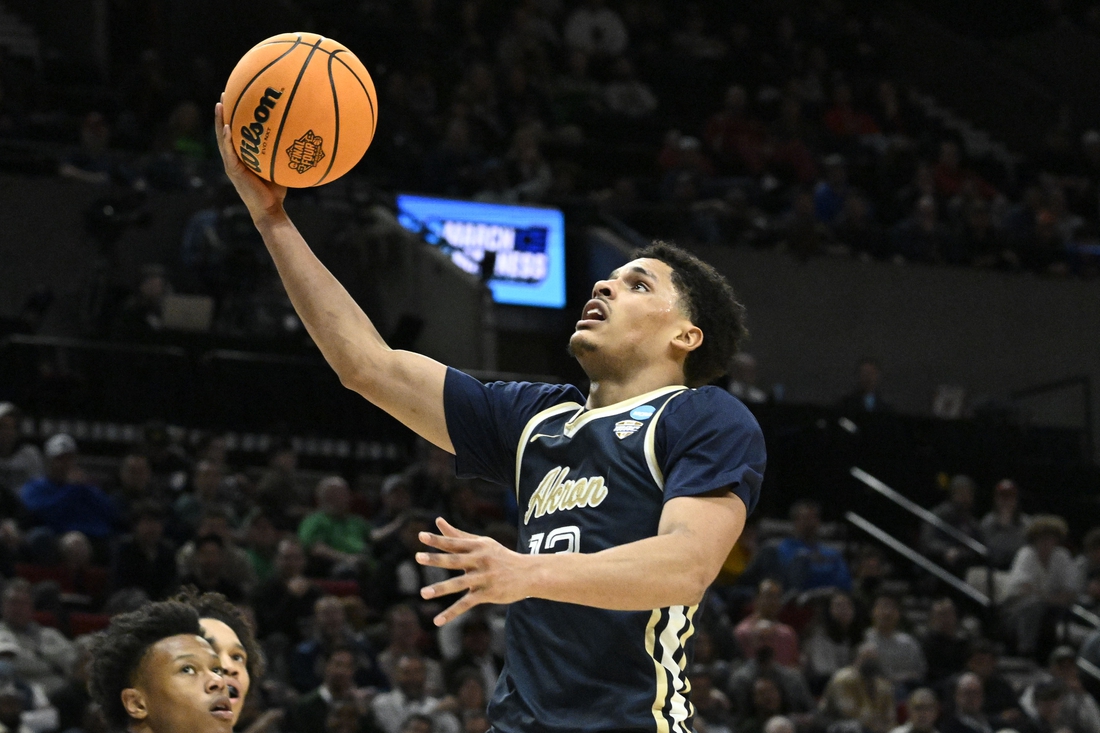 Tyger Campbell rescued fourth-seeded UCLA with a personal late 8-0 run as the Bruins woke up from an offensive slumber to rally past 13th-seeded Akron 57-53 on Thursday night in an East Region game at Portland, Ore.

It was still 55-53 when UCLA’s Cody Riley made the defensive play of the game, blocking Ali Ali’s reverse layup attempt that would have tied the game. Johnny Juzang iced the game with two free throws with 4.3 seconds left.

“We didn’t panic,” UCLA’s Jules Bernard said. “We have been in those positions before — last year in the tournament and also throughout our season. We know what that feeling is like and try to stay as composed as possible and know that our effort and toughness will pull us through.”

Campbell scored 16 points and had five assists for UCLA. Jaime Jaquez Jr. had 15 points, nine rebounds and six assists for the Bruins, who will play fifth-seeded Saint Mary’s on Saturday.

Xavier Castaneda scored 18 points to lead Akron, which was the tougher, more physical team for most of the game. But the Zips managed just four points in the final six minutes.

Campbell’s 3-pointer cut Akron’s lead to 51-50 with 2:51 left, and then Akron’s Enrique Freeman picked up his fifth foul for an illegal screen on the ensuing possession, ending his night after he posted 14 points and 10 rebounds.

Castaneda missed a 3-point attempt before Campbell struck again, hitting a huge shot from 25 feet as the shot clock was winding down. That put UCLA up 55-51 with 1:20 remaining.

“It was a broken play. We didn’t really have a shot,” Campbell said of his long bomb. “I was up at the top, and Jaime could have shot it, but he found me behind him. I looked up at the shot clock and knew I had to let it go. When I shot it, it felt good.”

Earlier, Castaneda drilled 3-pointers on back-to-back possessions to give Akron a 44-39 lead, and Greg Tribble followed with a three-point play to push the lead to eight at the 7:54 mark. A pair of 3-pointers by Bernard helped wake up UCLA down the stretch.

Akron played tight defense early, closing off the lane and forcing five turnovers through the first 11 minutes. The Zips ended up taking a 26-25 lead into halftime.