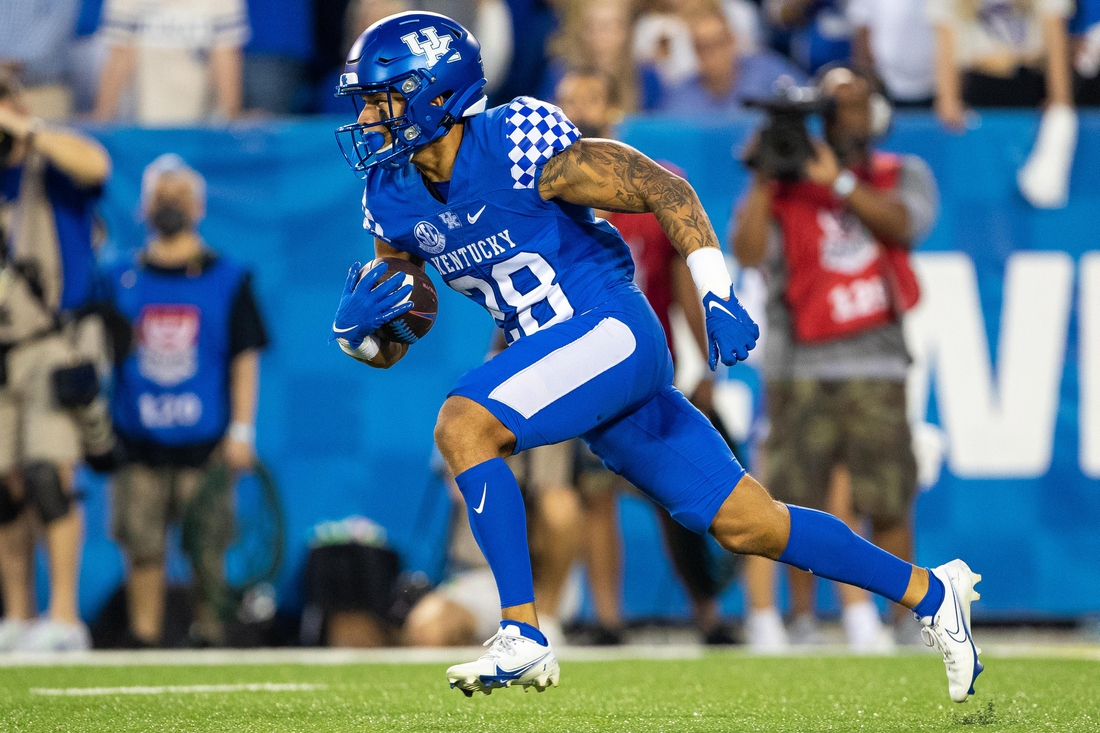 Kentucky wide receiver Rahsaan Lewis is facing driving under the influence and other charges following his arrest.

Multiple outlets reported that Lewis was pulled over by police in Lexington, Ky., at about 3 a.m. Sunday. Kentucky.com reported that he had a blood alcohol concentration of 0.153 percent — nearly twice the legal limit.

He also was charged with reckless driving and making an improper start from a parked position. He has a court appearance scheduled for April 22.

“We are aware of the incident and we will continue to monitor the situation as it develops,” said Susan Lax, a Kentucky athletic department spokeswoman, per the Lexington Herald-Leader.

He started his football career at UCF in 2018, then redshirted at Florida Atlantic in 2019. He was a practice-team player with Kentucky in 2020 before seeing his first action last year, when he caught two passes for four yards in six games.

Lewis is a son of Pro Football Hall of Fame member Ray Lewis.