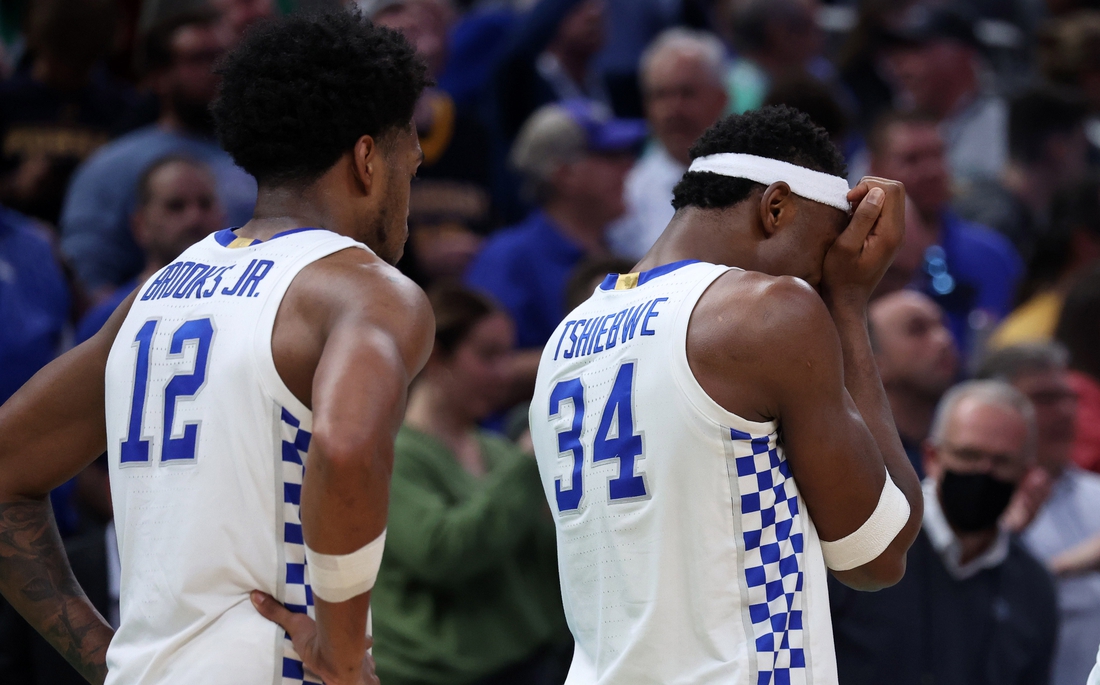 INDIANAPOLIS — If Oscar Tshiebwe played his final college basketball game Thursday in Kentucky’s NCAA Tournament loss to Saint Peter’s, it will be memorable for millions.

Tshiebwe had 30 points and 16 rebounds in the #2 seed Wildcats’ overtime loss in the first-round East Region game. Afterward, he said he wasn’t ready to decide whether the lure of millions in the NBA would pull him away from Lexington after one season.

Tshiebwe spent two seasons at West Virginia before choosing to transfer to Kentucky. He played in his first NCAA Tournament game on Thursday, but it could also be his last. He is projected as a first-round draft pick.

“It is sad because I’ve been wanting this moment for a long time,” he said. “I’m a junior and this is three years in college and this is my first March Madness. I even told my teammates, ‘This is not going to be easy for us. If we don’t — if we are not willing to fight, any team in March Madness, they make it for a reason. So we’ve got to be locked in. We’ve got to be ready to go.’

“So I think everybody tried and did their best they could. I did the best I could. It just happens sometimes like that. But one thing I’m going to say, we are just going to stay together and just trust the process. Losing and winning is part of the game. And I don’t know, just to stay together.”

Tshiebwe capped the season with 16 consecutive double-doubles and was named first team All-American.

“I mean, so thoughtful and such a great kid,” Wildcats coach John Calipari said Thursday night. “He and I will sit down in the next day or two to figure out what path is for him. But I’ll tell you this: You talk about a pleasure to coach, this whole team. I mean, like I’m sick right now for them.”