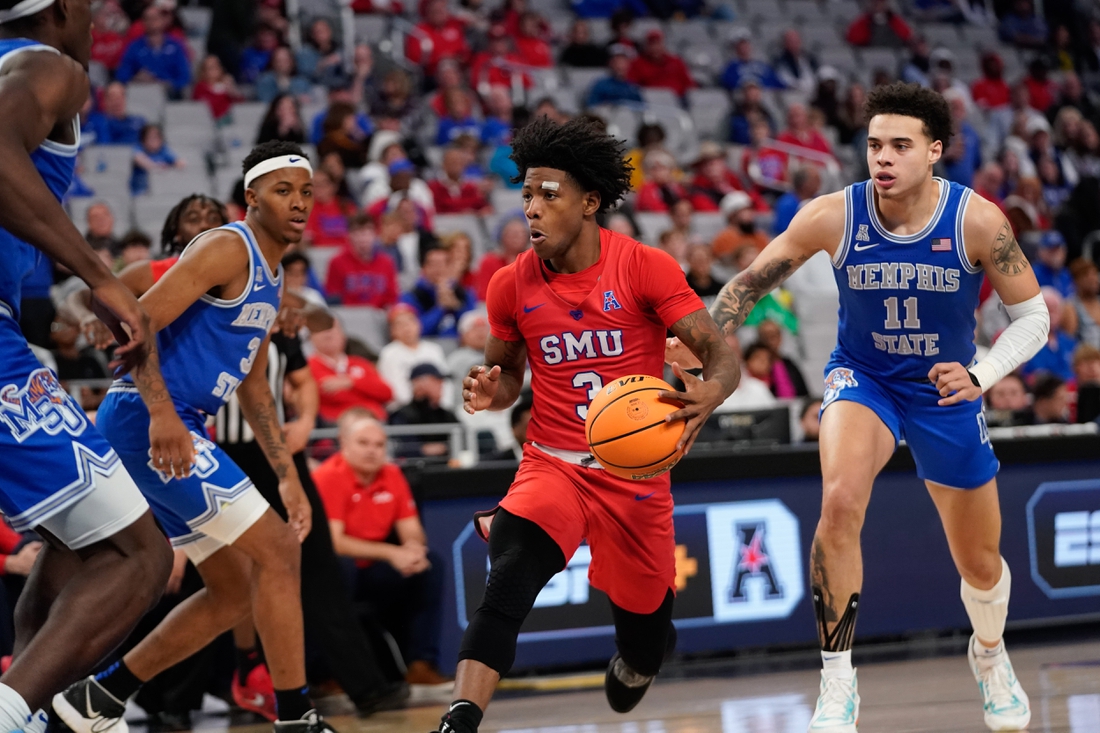 The Memphis Tigers have landed the top prize from this year’s transfer portal.

Kendric Davis, considered the #1 transfer prospect in the nation, announced Friday he will attend Memphis over several other top contenders.

Davis, the American Athletic Conference Player of the Year with SMU last season, revealed his choice to Sports Illustrated via a blog entry. He wrote that he selected the Tigers over Texas Tech, TCU, Kansas and Houston — a major recruiting score for Memphis head coach Penny Hardaway.

“I wanted to go somewhere that I could showcase my game, but also be on the big stage,” Davis wrote. “Of course, everyone knows who Coach Penny is; he’s one of the greatest point guards of all time, and just being in the city of Memphis is gonna be super dynamic with me and Ja Morant to watch.”

Davis entered the portal nearly two weeks ago after a dominant 2021-22 season with the Mustangs when he averaged 19.4 points, 3.8 rebounds and 4.4 assists. He had four 30-point games, including a 30-point performance in SMU’s loss to Washington State in the NIT last month.

The 6-foot Houston native also ranked fourth in Division I in assists per game (7.6) during his junior season in 2020-21.

Davis has one year of eligibility remaining, and while he has made his name eligible for the NBA draft, he wrote that he plans to stay at Memphis, wanting to go through the NBA’s pre-draft process.

He began his NCAA career at TCU before transferring to SMU, where he played three seasons. In 112 career games (77 starts) over those four years, Davis has averaged 13.8 points, 3.2 rebounds and 4.6 assists per game and shot 35.3 percent from the arc.