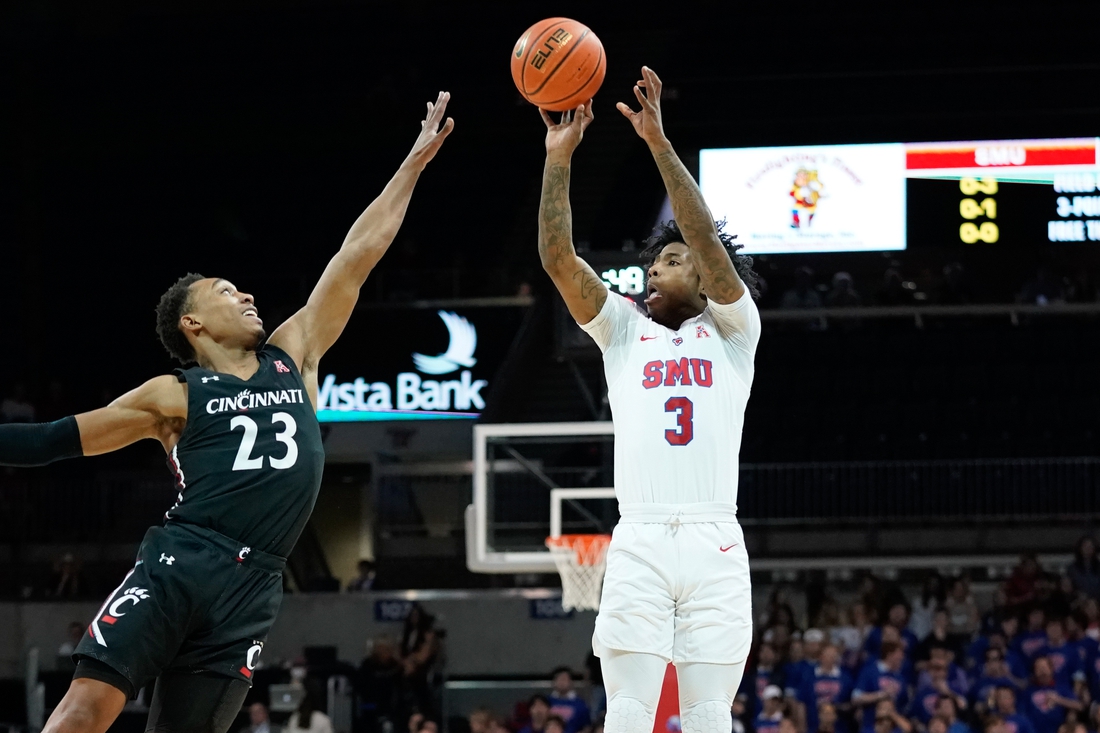 Davis was named the American Athletic Conference Player of the Year after averaging 19.4 points, 3.8 rebounds and 4.4 assists in 2021-22. He made 37.2 percent of his 3-point attempts on the year.

Davis has had four 30-point games, including a 30-point performance in SMU’s loss to Washington State in the NIT last month.

Davis has one year of eligibility remaining. He started his NCAA career at TCU before transferring to SMU, where he played three seasons. All student-athletes currently have the option to use a fifth year of eligibility due to the COVID-19 pandemic.