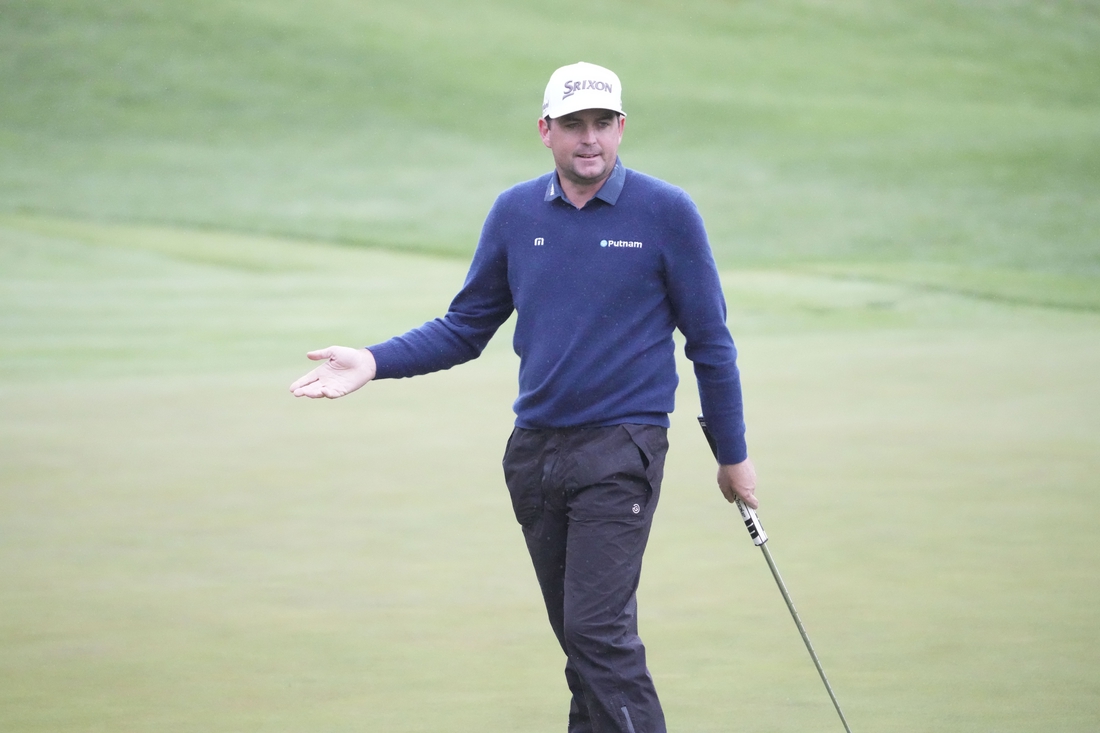 Australian Jason Day had a disastrous third round while Keegan Bradley shot a 3-under-par 67 Saturday to claim the lead at the cold and rainy Wells Fargo Championship in Potomac, Md.

Bradley sits at 8-under 202 after three rounds to take a two-shot lead into Sunday’s final round at TPC Potomac at Avenel Farm. Max Homa is Bradley’s immediate threat, two shots back at 6-under. Homa shot 71 for his round.

Day, who led after each of the first two rounds, struggled through a 79 Saturday to fall 12 spots in a tie for 13th at 1-under for the tournament.

Temperatures dropped into the 40s on Saturday as nearly two inches of rain have fallen since Friday.

Bradley got off to a rough start, pairing two bogeys with two birdies on the front nine. But he settled in with three birdies coming in, and was one of only four players to shoot in the 60s on Saturday.

“When the conditions get like this, I find a sense of calm just because I’m sort of worried about other things, keeping my clubs dry and my bag dry. Sort of keeps me in the present,” Bradley said. “I did that today and I just had a great time with my caddie, Scotty, we just — we’re a good team and we did a lot of good things today.”

The scoring average Saturday was 73.7, with Day helping to inflate that number.

Day went bogey, triple-bogey, bogey on Nos. 3-5 on a day that would see him card five bogeys overall. He settled for one birdie and also had a double-bogey on #10.

“Unfortunately, I just didn’t have my stuff today,” Day said. “Just trying to think. I made a lot of errors out there and hitting into penalty areas. It’s OK. I’ve just got to get back to it tomorrow and try and find some positives from the first two days going into tomorrow’s round.”

Northern Ireland’s Rory McIlroy was one of those four players in the 60s, carding 68 to vault 44 spots up the leaderboard. He sits tied for sixth at 2-under.

Bradley, a four-time PGA Tour winner, is in the lead (or co-lead) after 54 holes for just the fourth time in his career. He is 0-for-3 so far, and will try to change that trend Sunday.