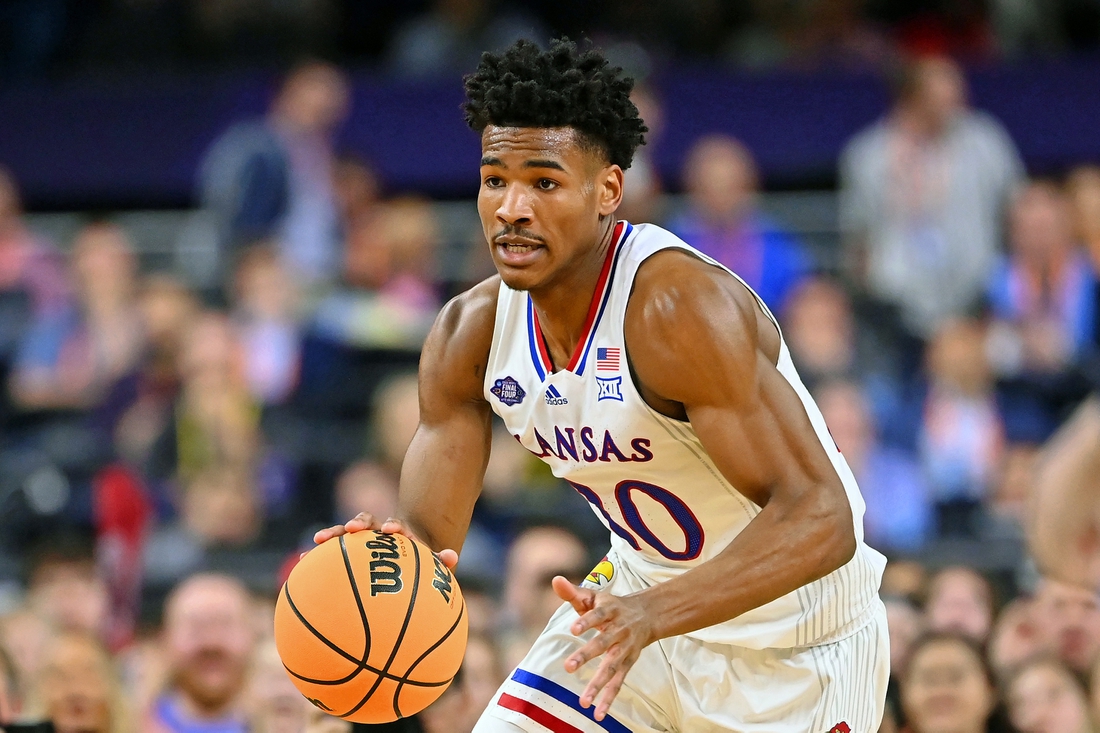 Kansas and North Carolina have two of the most successful men’s basketball programs in NCAA history.

They both will have an opportunity to add to their accomplishments when they meet for the national championship on Monday night in New Orleans.

The Jayhawks (33-6) are seeking their fourth national championship, which would break a tie for seventh most with Villanova, which they beat 81-65 in Saturday’s first national semifinal. They were the only #1 seed in the NCAA Tournament to advance to the Final Four.

The Tar Heels (29-9) have the third-most titles as they seek #7 in coach Hubert Davis’ first season.

“Both teams are as blue as you can get when you talk about blue bloods,” Kansas coach Bill Self said.

Kansas opened as a 3.5-point favorite at BetMGM, where the line had moved to +4.5 by Monday morning with the Jayhawks backed by 54 percent of the spread bets and 53 percent of the handle. North Carolina’s moneyline had shifted from +140 to +155 with the Tar Heels drawing 66 percent of the bets.

These blue bloods have connections beyond just their historical success.

Roy Williams, who attended UNC and was an assistant under Smith there, coached the Jayhawks for 15 seasons before returning to coach the Tar Heels for 18 seasons, winning championships in Chapel Hill in 2005, 2009 and 2017 before retiring a year ago.

Self has brought Kansas to the Final Four for a fourth time, but he has just one national championship (2008) to show for it.

“At most places winning one national championship would be quite an accomplishment,” Self said. “I think as many good teams as we’ve had, one’s not enough.”

Self noted the disparity in how these teams utilize 3-pointers. The Tar Heels’ Caleb Love (18 of 50) and Brady Manek (19 of 40) have combined to attempt just one fewer 3-pointer than the entire Kansas team during the NCAA Tournament.

But the Jayhawks’ focus on shot quality more than volume. They’re making 40.6 percent of their 3-pointers in the tournament, and on Saturday they matched Villanova’s 13 treys while attempting seven fewer (24 to Villanova’s 31). The Tar Heels are shooting 36 percent on 3-pointers.

“Our emphasis is to attack the basket. First and foremost, we want to feed the ball down to Armando (Bacot), plain and simple, period, the end. We want him to dominate down low in the post.”

Bacot left Saturday’s game briefly because of an ankle injury but finished the game. Davis said Bacot, who had 11 points and 21 rebounds against Duke, would participate in the Tar Heels’ “very limited” practice Sunday and play Monday.

Bacot will be matched against David McCormack, who had 25 points and nine rebounds against Villanova.

Kansas didn’t know its opponent until after 10 p.m. Saturday, the same time that UNC knew it would be playing in the title game.

The public is expecting a high-scoring game. The 152.0-point Over/Under at DraftKings had drawn 74 percent of the bets and 73 percent of the handle as of Saturday morning.

The action has been more split at BetMGM, where the market is being offered at 151.5 after opening at 153.5. The Over has been backed by 59 percent of the bets and 55 percent of the handle.