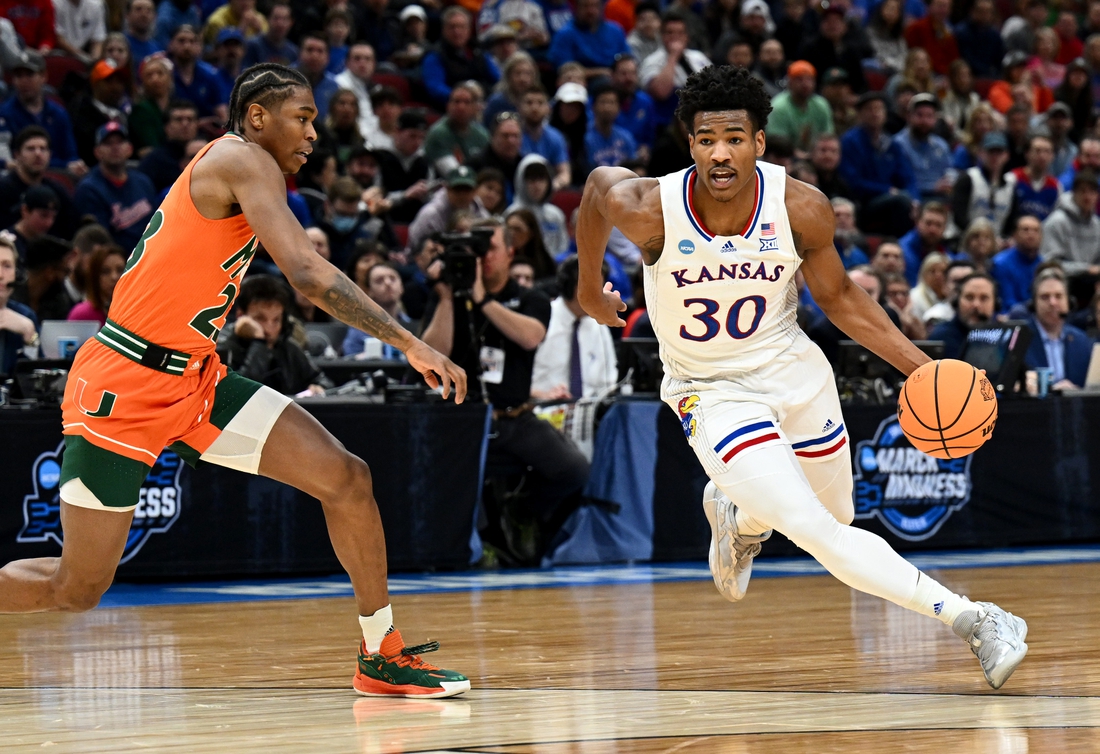 The other finalists are Wisconsin’s Johnny Davis, Iowa’s Keegan Murray, Gonzaga’s Drew Timme and Kentucky’s Oscar Tshiebwe. Agbaji is the lone finalist still playing as the Jayhawks play Villanova on Saturday in the Final Four.

Agbaji is averaging 18.9 points and 5.2 rebounds and has knocked down 96 3-point shots in 37 games this season.

The winner will be announced Tuesday, one day after the national championship game.