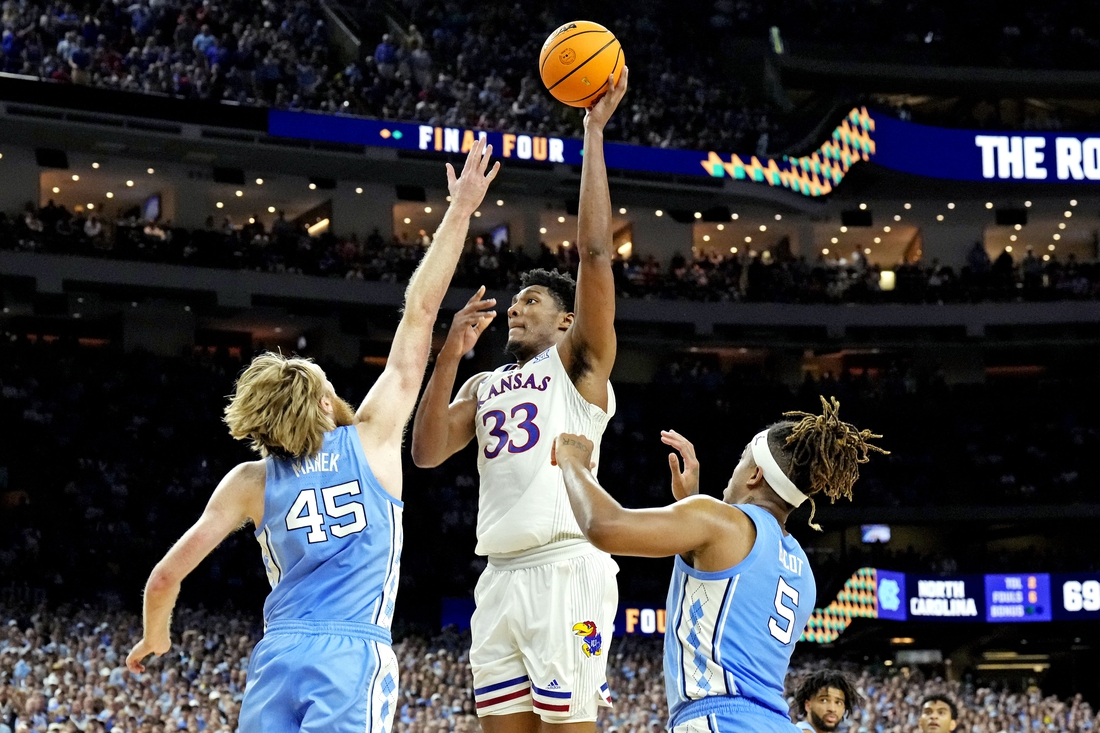 McCormack put together back-to-back stellar performances against Villanova and North Carolina to help the Jayhawks win the national title.

“Man, what a ride these last four years have been,” McCormack said on social media. “It’s crazy to think how much I’ve grown both on and off the court — as a person and a player. For that, I have to thank our coaches, my teammates, and of course my family.

“I also want to thank Jayhawk Nation, and those who always believed in me. This place is special because of you, and there truly is no place like Kansas. After talking with my family and coaches, I have decided to declare for the 2022 NBA Draft. I can’t imagine ending my career at Kansas better than we did this past season, as National Champions. Rock Chalk!”

McCormack averaged 10.6 points and 7.0 rebounds in 40 games (37 starts) this season but will always be remembered in Jayhawks’ lore for his Final Four production.

McCormack scored 25 points on 10-of-12 shooting and collected nine rebounds as Kansas easily beat Villanova 81-65 to reach the championship game.

Two nights later, he recorded 15 points and 10 rebounds in the 72-69 win over North Carolina. McCormack scored the go-ahead basket with 1:21 left and added the game’s final points nearly a minute later as the Jayhawks won their fourth national crown.

McCormack finishes his career with 1,148 points, which ranks 46th in Kansas history.

“We are all excited for David,” Kansas head coach Bill Self said in a news release. “What David did in the NCAA Tournament puts him in a position that he can capitalize on this. We should all appreciate everything he has given to us throughout his career at Kansas and we are certainly not national champs without his efforts and sacrifices he made to our program. This is a good day and we respect and support David in his wishes.”