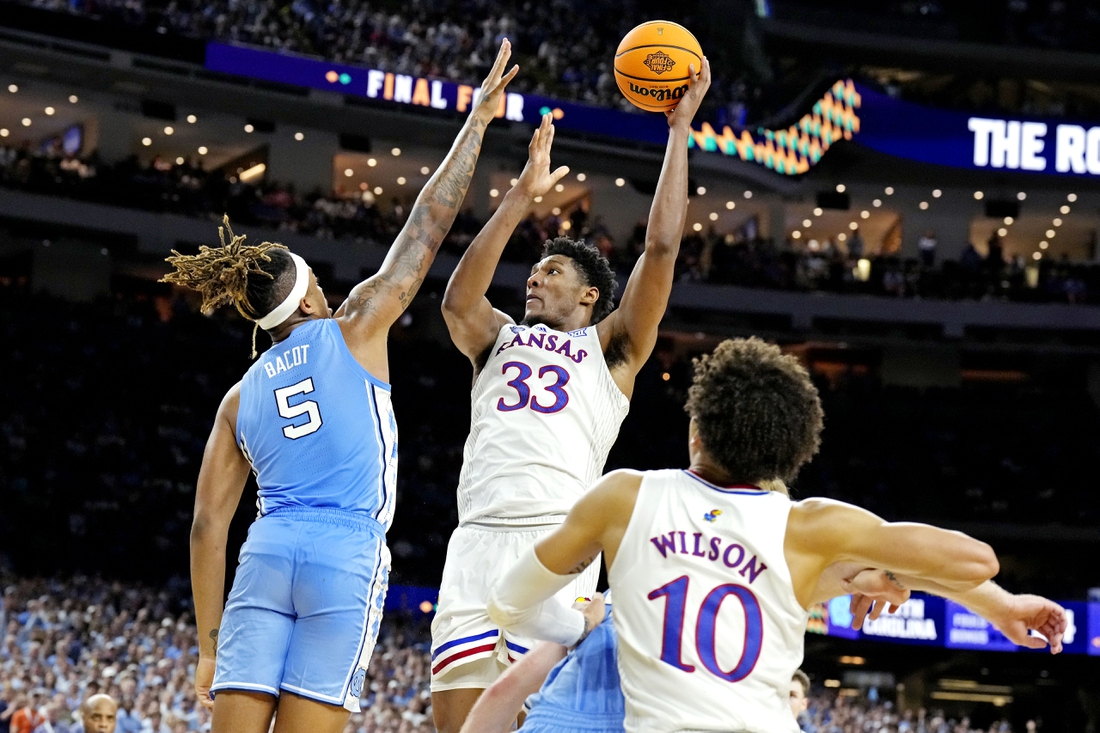 NEW ORLEANS — David McCormack scored four of his 15 points in the final 1:21 as Kansas rallied to defeat North Carolina 72-69 and win the NCAA Tournament’s championship game on Monday night.

The Jayhawks trailed by as many as 16 points in the first half but overcame the biggest deficit to win an NCAA title game, topping the 10-point deficit Kentucky overcame against Utah in 1998.

Kansas trailed by one point when McCormack, who finished with 10 rebounds, rebounded his own miss and scored on a layup for a one-point lead with 1:21 left. After a Tar Heels turnover, McCormack made a hook shot from the lane for a three-point lead with 22 seconds left.

After an exchange of turnovers, North Carolina’s Caleb Love missed a 3-point attempt in the final second.

Afterward, Agbaji was tabbed as the Final Four’s Most Outstanding Player.

The score was tied at 65 before Martin made a 3-pointer, but consecutive baskets by Love and Manek gave the Tar Heels a 69-68 lead with 1:41 left.

After McCormack’s go-ahead basket, Bacot slipped driving to the basket, apparently re-injuring the ankle he hurt in a semifinal win against Duke on Saturday, and Martin grabbed the loose ball, ultimately leading to another basket by McCormack.

The Jayhawks made three unanswered baskets in the first 2:20 of the second half to trim a 15-point halftime deficit to nine.

That gave the Jayhawks a 56-50 lead midway through the half.

Davis responded with consecutive baskets and an assist on Johnson’s 3-pointer that tied the score at 57.