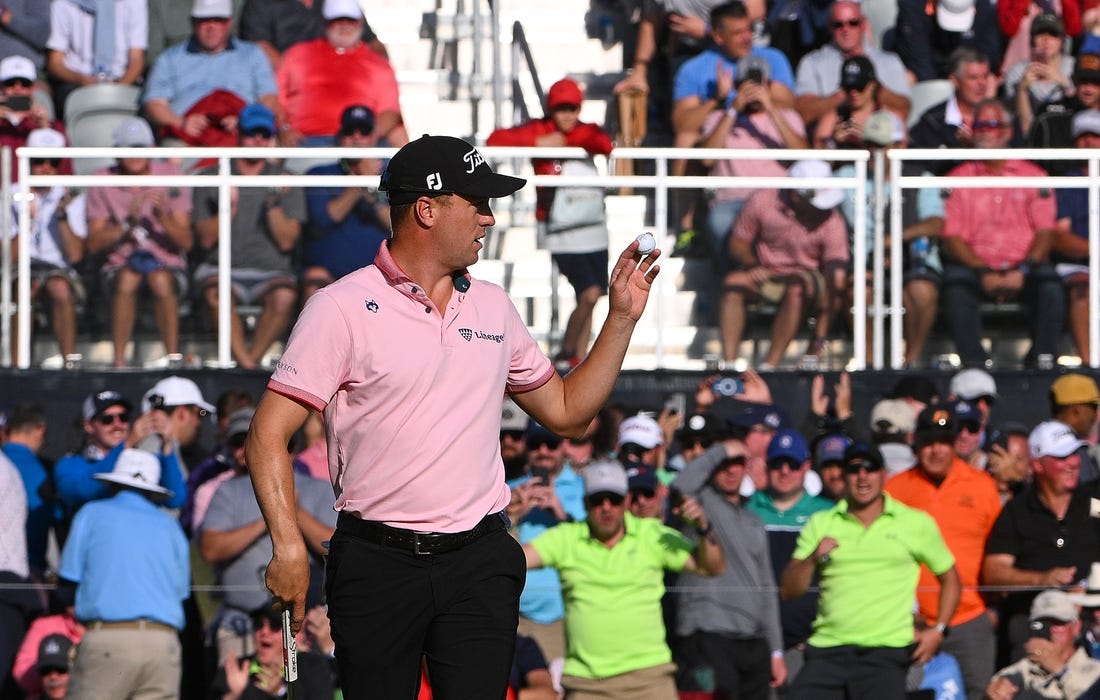 Justin Thomas birdied the first two holes of a three-hole aggregate playoff to win the PGA Championship for the second time, topping Will Zalatoris in the extra holes Sunday at Southern Hills Country Club in Tulsa, Okla.

Thomas, who also won the major in 2017, began the day seven strokes behind leader Mito Pereira of Chile. He shot a 3-under-par 67 to finish at 5 under, a mark matched by Zalatoris (71).

Thomas and Zalatoris played Nos. 13, 17 and 18 in the playoff. They both notched birdies on the par-5 13th and then Thomas went ahead with a birdie on the next hole. Thomas had a tap-in par at the 18th to clinch the championship.

Pereira, who led or shared the lead for most of the final two rounds, went to the 18th tee with a one-shot advantage. But his tee shot found a water hazard and he ended up with a double bogey and a final-round 75. He tied for third place with Cameron Young (71) at 4 under.

Thomas’ 67 matched the lowest round of the day. He went 4 under a cross a nine-hole stretch concluding on the 17th, but he managed only par on his final hole.

Zalatoris, the 36-hole leader, made a clutch par putt on the 18th hole to stay tied with Thomas. Yet they were both a shot off the pace until Pereira faltered.

Pereira began the round with a three-shot lead, only to slip into a tie with Zalatoris before building his edge back to three strokes. Later, Pereira stumbled again and fell into a tie with Young at 6 under.

But it was Thomas, a former world #1 in the Official World Golf Ranking, who ended up being the biggest threat. He was the only golfer among the late contenders who already owned a victory on the PGA Tour.

Young and Zalatoris, who were college teammates at Wake Forest and played in a final-round pairing, were doomed by mistakes on #16. Young was just one shot back when he took a double bogey. Zalatoris then missed a par putt from inside 5 feet for a bogey.

Chris Kirk (68) and Englishmen Matt Fitzpatrick (73) and Tommy Fleetwood (67) tied for fifth at 3 under. First-round leader Rory McIlroy of Northern Ireland recovered with a final-round 68 and ended up eighth at 2 under.

The final day didn’t include Tiger Woods, who withdrew for the first time in a major in an announcement that came following the completion of Saturday’s third round. Woods was 12 over and tied for 76th after the third round.