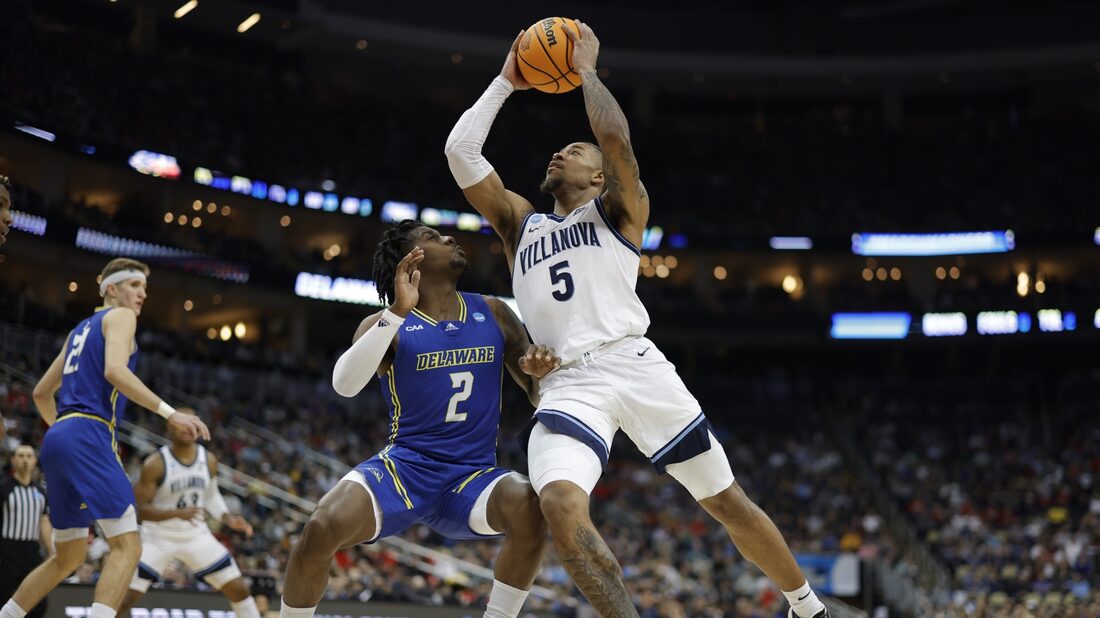 Collin Gillespie chipped in with 14 points, Caleb Daniels added 13 and Eric Dixon had 12 for Villanova, which improved to 16-0 all-time against the Blue Hens.

Jyare Davis scored 17 points and Andrew Carr contributed 13 for Delaware (22-13), which fell to 0-6 in program history in the NCAA Tournament.

Dylan Painter drove to the basket and scored for a 15-8 Delaware lead with 11:26 remaining in the first half. Brandon Slater came back with a three-point play for the Wildcats to cut the deficit to four.

Villanova went ahead 20-19 when Daniels dropped in a 3-pointer from the corner with 7:41 left.

Ryan Allen responded with a tough 15-foot jumper as the Blue Hens regained a one-point advantage.

Davis paced the Blue Hens with eight while leading scorer Jameer Nelson Jr. missed all seven of his shots. Nelson Jr. finished the game with eight points on 3-of-13 shooting.

Villanova opened the second half with eight straight points, including triples from Moore and Dixon, for a 43-25 advantage.

Villanova head coach Jay Wright was whistled for a technical foul with 7:40 remaining, despite his team leading by 22 at the time.

The Blue Hens closed within 68-52 with 6:01 left after Allen’s driving layup. But Daniels converted a trey on Villanova’s next trip downcourt.