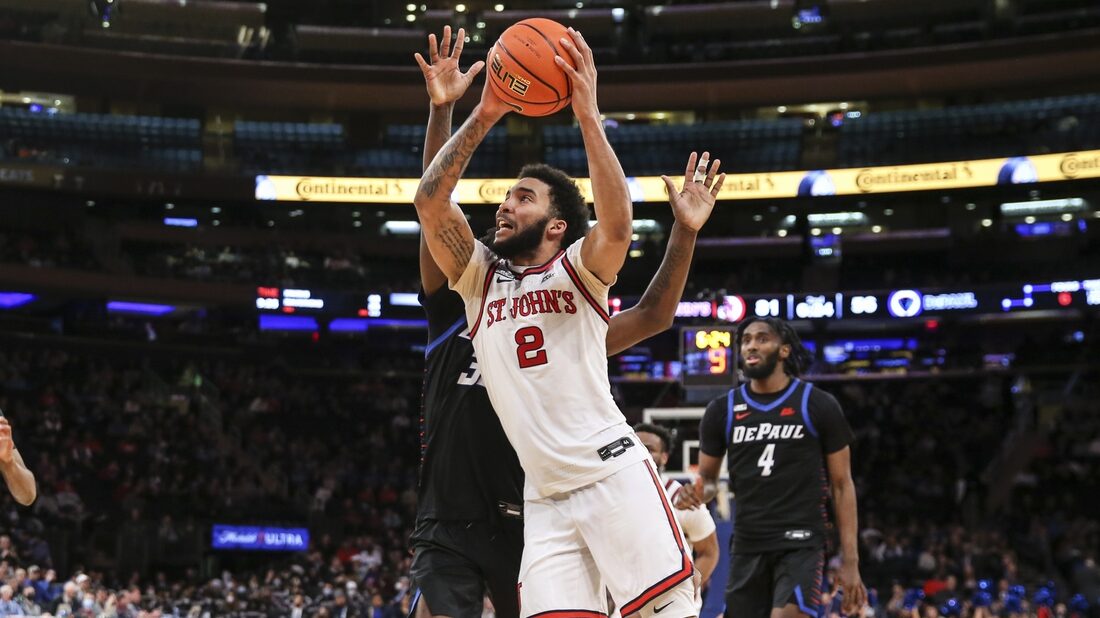 Julian Champagnie scored 26 points to lift St. John’s past DePaul 92-73 in the opening round of the Big East tournament Wednesday night in New York.

Stef Smith added 13 and Esahia Nyiwe had 10 for the #7-seeded Red Storm (17-14), who will face #2-seeded Villanova in the quarterfinals on Thursday.

After DePaul opened the game with a 12-2 lead, St. John’s responded with a 12-2 run to tie the game at 14. The Red Storm’s Montez Mathis hit a 3-pointer with 12:34 remaining in the first half to even the score.

Champagnie stayed hot and guided the Red Storm to a 49-29 lead at halftime. He had 22 in the first half.

Freeman-Liberty paced DePaul with nine in the first half, but DePaul missed 9 of 10 shots from beyond the 3-point arc.

The Blue Demons had some early chances to cut into the lead in the opening minutes of the second half, but a couple of costly turnovers halted any momentum.

The Red Storm cruised to the win from that point.

In this article:depaul, ncaab, st. john's