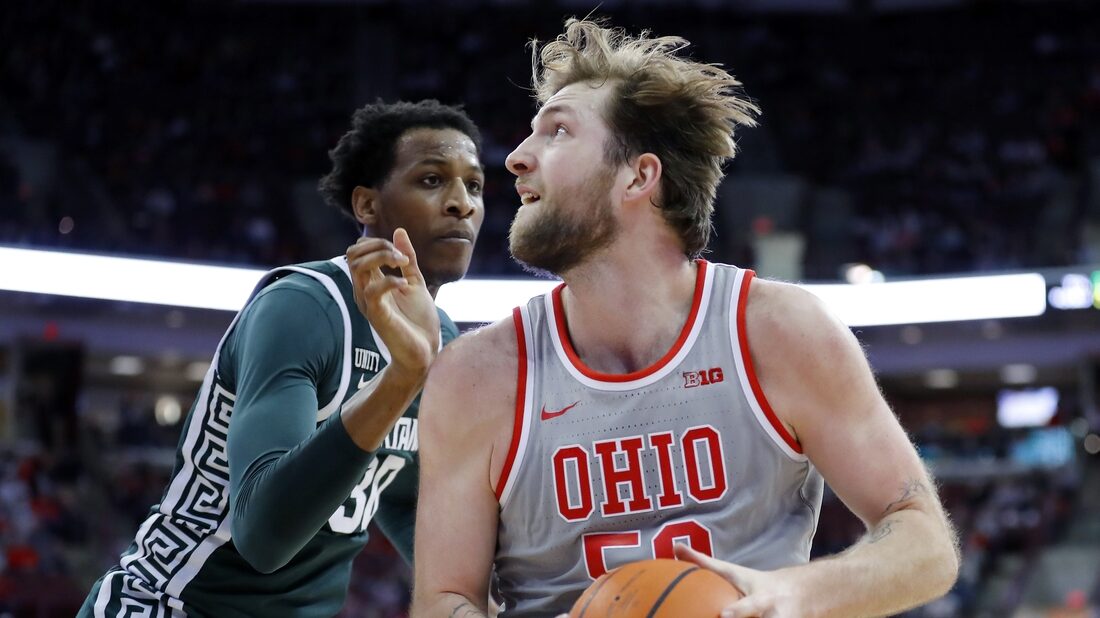 Seldom-used Joey Brunk scored 18 points and three other Ohio State players were in double figures as the #23 Buckeyes defeated Michigan State 80-69 in Columbus, Ohio, on Thursday.

With a depleted frontcourt, Brunk got an opportunity to shine. The Indiana graduate transfer entered the game with 32 total points for the season (1.3 per game) in 5.2 minutes per game.

The forward staked the Buckeyes to a 60-45 lead on a reverse layup to put him at 16 points.

Michigan State briefly got to within 10 points but the advantage was extended to 14, 74-60, with four minutes left when Branham started at the top of the key and drove for a dunk.

The loss prevented Spartans coach Tom Izzo from setting the Big Ten record for overall wins by a league coach.

The Buckeyes were without forwards Zed Key (ankle) and Kyle Young (illness) but Brunk was ready. His previous best output this season was six points. He scored 10 by halftime when Ohio State led 43-33 on his short jumper with 1:02 left.

That Michigan State was that close was a moral victory considering the Buckeyes’ torrid start.

They hit their first five shots, three from 3-point range, raced to a 13-0 lead and were up 18-4 less than five minutes into the game.

The Spartans clawed their way back to 27-25 on a Brown 3-pointer before Brunk responded with a bucket.