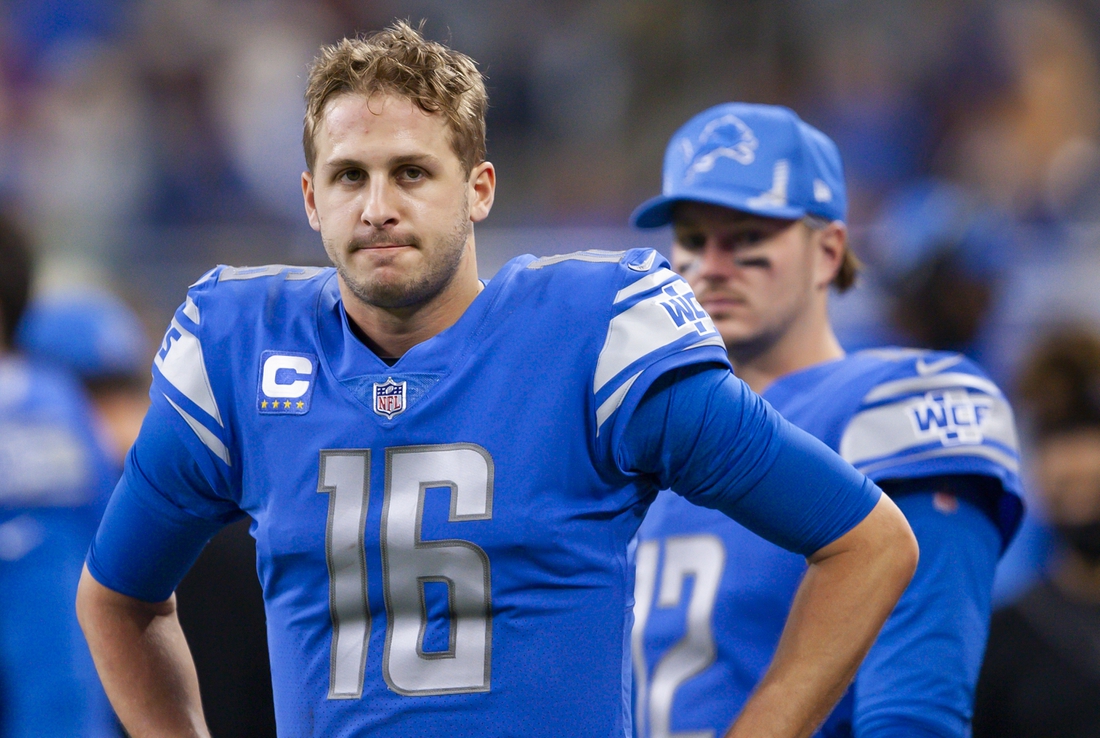 Detroit quarterback Jared Goff said it’s “no concern” if the Lions decide to draft a quarterback next week.

Goff, 27, was acquired in a March 2021 trade for fellow signal-caller Matthew Stafford, who went on to lead the Los Angeles Rams to a Super Bowl LVI championship.

“I trust those guys,” Goff told reporters Thursday, referring to the Lions’ front office. “They’ve expressed a lot of confidence in me and feel good about where I’m at and where I’m at with them and where we’re headed. I’m excited about. But if anything were to happen there (with drafting a QB), no, no concern.”

Goff has two years remaining on the four-year, $134 million contract he signed with the Rams in September 2019. He carries a cap hit of $31.15 million for the 2022 season, per Spotrac.

The Lions have the #2 pick in the first round of the draft, which begins on April 28. They also have the 32nd pick in the opening round, courtesy of the Rams from the Goff-Stafford trade.