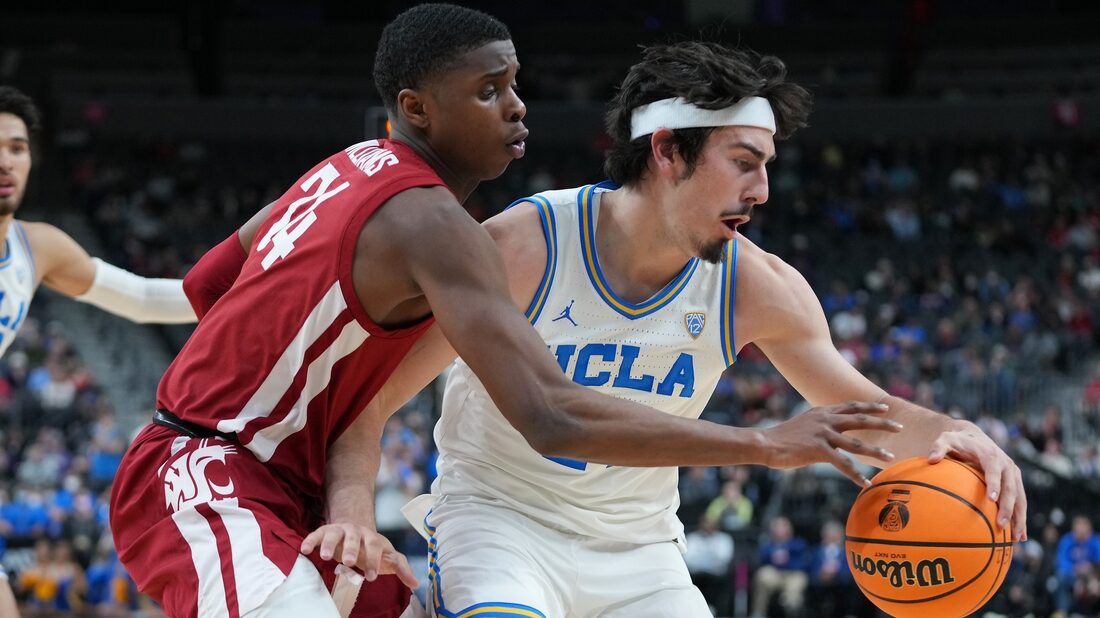 A crosstown rivalry will be rekindled on Friday night when #13 UCLA and #21 Southern Cal square off in the Pac-12 tournament semifinals in Las Vegas.

The rivals will meet in the Pac-12 tournament for the first time since 2017. UCLA recorded a 76-74 win in that contest.

UCLA’s Jaime Jaquez Jr. has been on a roll of late. He has 80 points in his last three games, including 23 points to go along with 11 rebounds and four assists on Thursday.

Jules Bernard has made 11 of 22 3-pointers in the last four contests.

“We were stuck in the mud a little bit, and Jules made some big shots, got our energy level up,” UCLA coach Mick Cronin said of Bernard, who was 7 of 12 from the field against Washington State.

Bernard credited his team’s transition game for putting the Bruins on the right path.

“We started to get deflections and get out in transition,” he said. “I feel like once we get easy buckets in transition, that gets our juices flowing.”

The Bruins have won four in a row and seven of eight, including 75-68 over the Trojans on Saturday.

Playing USC so recently enabled UCLA to minimize the amount of time spent preparing for another matchup.

“If we have to go over them too much, we got problems,” Cronin said. “So rest, recovery is my biggest thing.”

USC will have to clean up a recent rash of turnovers to avoid missing out on its first Pac-12 final since 2018. The Trojans turned it over 23 times against Washington after giving it away 15 times against UCLA.

“We need to do a better job ball-faking and being cleaner,” USC coach Andy Enfield said. “It’s not like our freshmen were doing that; it was our upperclassmen.”

Forward Isaiah Mobley is USC’s leading scorer at 14.4 points per game, but he stepped up his play at the other end to help the Trojans beat Washington.

“People always say defense wins championships, and we’re a team that believes in that,” said Mobley, who finished with nine points, nine rebounds and two blocked shots. “Down the stretch, I knew I had to just step up and guard.”

Guards Drew Peterson and Boogie Ellis have had big performances recently. Ellis made 6 of 10 shots from the field and scored 17 points against the Huskies.