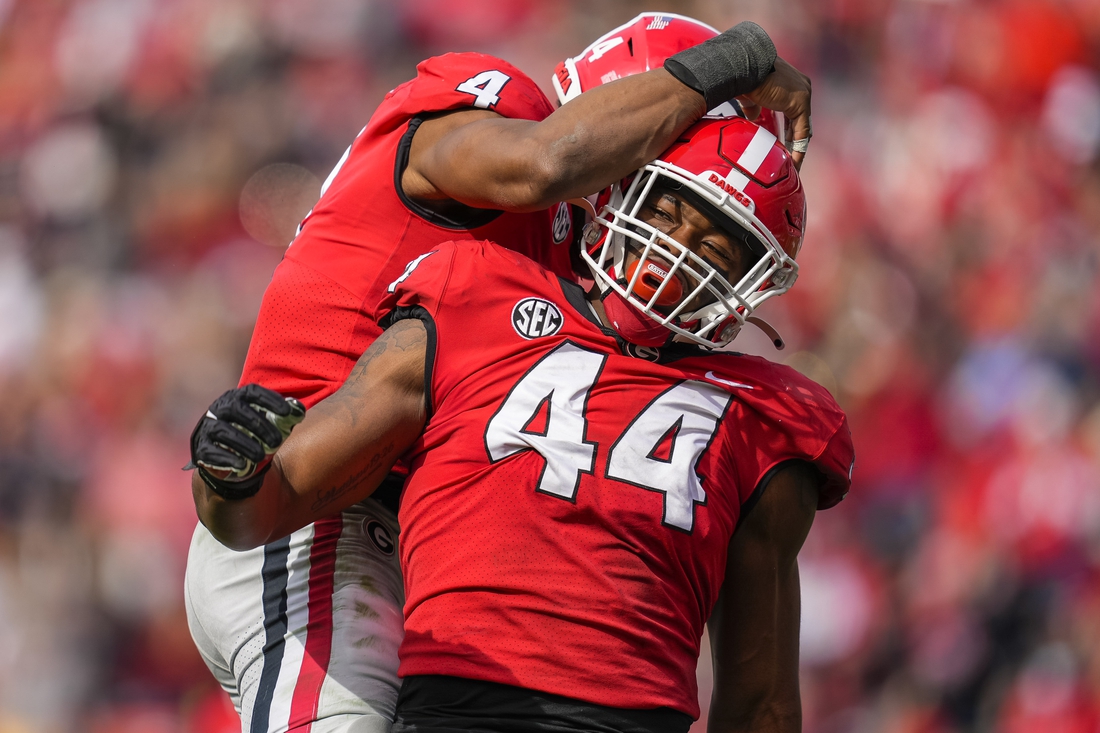 The Jacksonville Jaguars selected Georgia defensive lineman Travon Walker with the #1 overall pick of the 2022 NFL Draft on Thursday in Las Vegas.

Walker had six sacks last season while helping Georgia win the national championship. He had 9.5 sacks in 36 career games over three seasons.

Walker started all 15 games last season after not previously making a single start.

He is the first Georgia player to go #1 overall since the Detroit Lions selected quarterback Matthew Stafford in 2009.

It was the second straight year in which the Jaguars held the #1 overall pick. They chose quarterback Trevor Lawrence from Clemson last year.