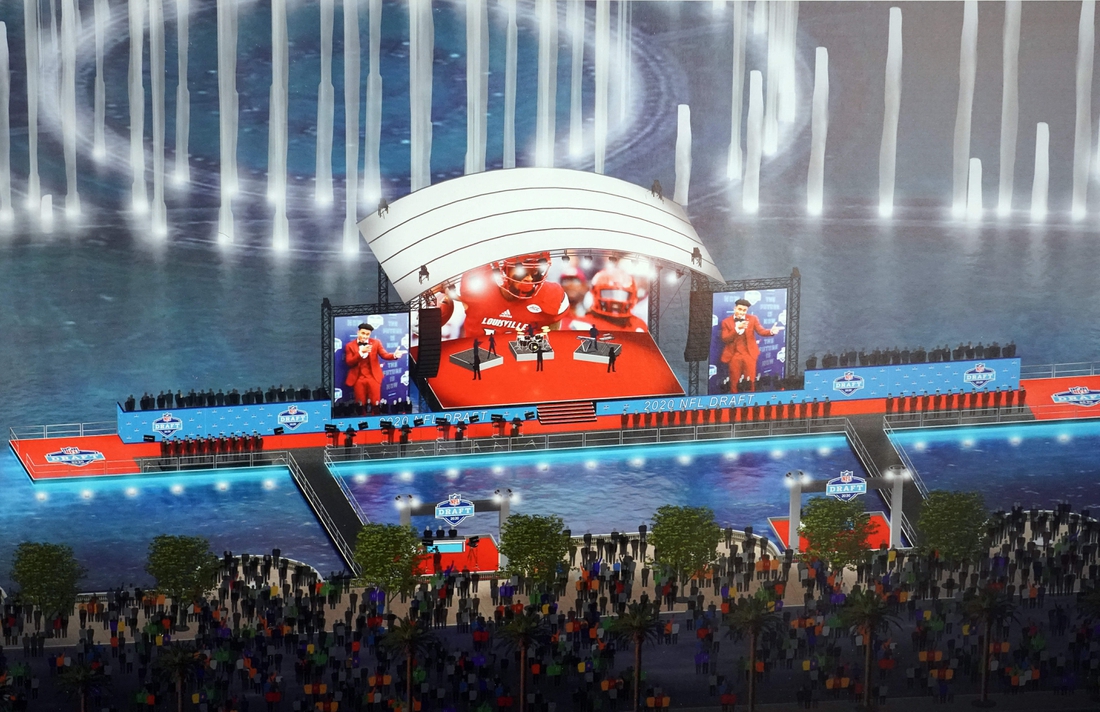 For the second consecutive year, the Jacksonville Jaguars hold the cards atop the NFL draft.

Unlike the 2021 class, there are no sure things on the eve of the 2022 NFL Draft, which will air from stages in and around Las Vegas and the world beginning Thursday night.

Baalke and owner Shad Khan were in lockstep in April 2021 when Clemson quarterback Trevor Lawrence was their pick following months of in-person and Zoom conversations with the team. Those calls also included coach Urban Meyer, who was fired before the end of the season and replaced by Doug Pederson, a Super Bowl championship coach with the Philadelphia Eagles.

Khan and Pederson said a meeting Wednesday would be used to “solidify” the Jaguars’ draft board. The consensus #1 player available is Michigan defensive end Aidan Hutchinson. He rebounded from a leg injury to record 14 sacks for the Wolverines last season and carries himself with the “Everybody’s All-American” demeanor that attracted Michigan coach Jim Harbaugh to offer him a scholarship.

The separation between Hutchinson and the pack is tighter than previous years in part because there is no clear-cut pecking order among the quarterback class.

“I truly feel it’s a blessing just to be in a position that people talk about me #1 coming from a lot of people really sleeping on me,” Walker said Tuesday.

Georgia head coach Kirby Smart said scouts are not new to the scene regarding Walker’s rare traits at his size. His 10-yard split of 1.54 seconds, faster than Hutchinson (1.61) and Thibodeaux (1.56), and Walker’s 36-inch vertical in Indianapolis opened eyes, too.

Arm length has been the knock on Hutchinson, who measured 32 1/8 inches at the combine, but there are evaluators more focused on his on-field production.

Neal and Ekwonu are coveted left tackles but the Jaguars signed Cam Robinson to a three-year deal and the Lions used their first-round pick on Penei Sewell last year.

That throws open the dart board for multiple teams behind the Lions, but the Houston Texans are set at left tackle with Laremy Tunsil and might be inclined to go with a defensive back or top remaining pass rusher depending on how the board falls for general manager Nick Caserio. He said six teams likely have six different players rated as the best at most positions.

“This draft, generally speaking, it’s a little bit of a crapshoot,” Caserio said. “I think there’s players that are all over the place. I don’t think there’s a consensus on any player.”

–New York, New York
The Jets are slated to pick fourth, one spot before the Giants in the first round. Both teams have multiple first-round picks and two selections in the top 10.

General manager Joe Douglas and the Jets are building around 2021 first-round pick Zach Wilson and targeting blocking help and skill-position weapons. But Douglas is known for coveting defense and applying a “best player available” strategy.

“There’s pressure every offseason, but obviously this year, having four picks in the top 38, if we do this the right way, it could really be special,” Douglas said.

The Giants reportedly met Wednesday to make a decision on the fifth-year option of quarterback Daniel Jones. Not picking up his 2023 salary would change the thinking of how new general manager Joe Schoen might invest his two top-10 picks. The Giants have picks #5 and #7 thanks to the 2021 draft-day trade with the Bears that netted quarterback Justin Fields for Chicago.

But that move, just like the Jones pick, were made by a different general manager and head coach.

Hired after helping rebuild the Buffalo Bills as assistant GM, Schoen was transparent in his desire to shore up the offensive line.

“If you want to build it up on both sides of the ball, build it up front. Offensive line, that’s very important,” he said.

–Receiver records
As many as seven wide receivers are considered first-round talents by Field Level Media and teams are likely to vary dramatically in their ranking of the order with Ohio State’s Garrett Wilson and Southern California’s Drake London in the thick of that race.

Seven wide receivers were drafted in the first round of the 2004 draft, including Larry Fitzgerald (Cardinals), Roy Williams (Lions) and Lee Evans (Bills).

Alabama’s Jameson Williams might be gone sooner than expected. Williams’ talent is not the question, but how teams view his draft value coming off of a torn ACL in the national championship game.

“The last few have been pretty deep, and I think this one is another one,” Packers GM Brian Gutekunst said.