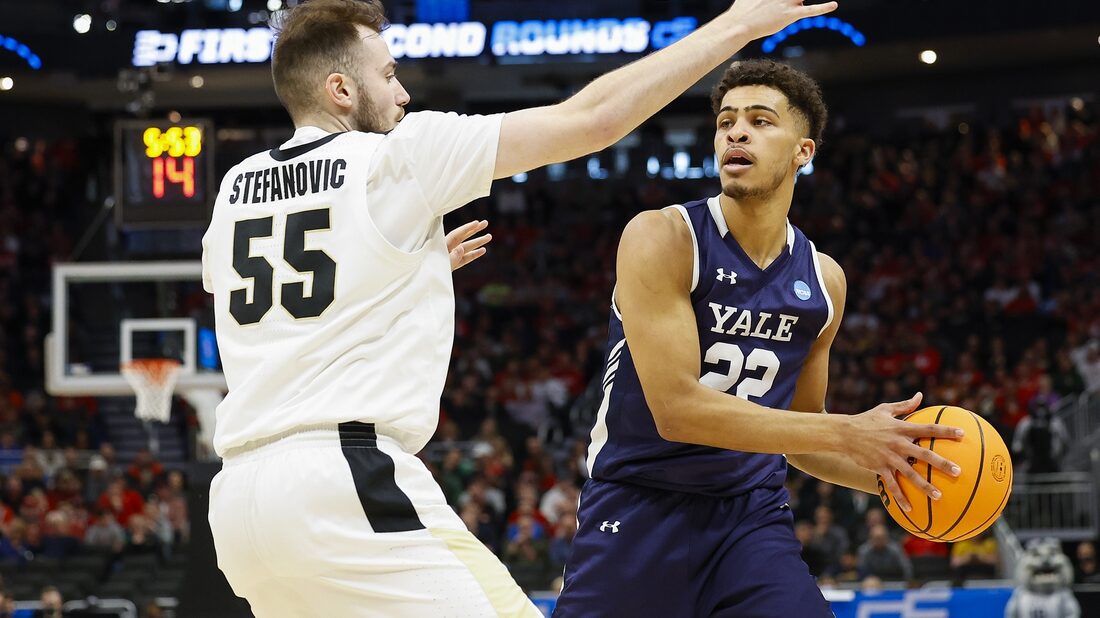 Jaden Ivey scored 22 points and Zach Edey had 16 points and nine rebounds to lead third-seeded Purdue to a 78-56 victory over #14 seed Yale in the first round of the East Regional on Friday at Milwaukee.

Azar Swain scored 18 points for Yale (19-12), which earned its seventh NCAA bid with a 66-64 victory over Princeton in the Ivy League tournament title game.

The Boilermakers took control with a 15-0 run in the second half, pushing the lead to 63-39 on two free throws by Caleb Furst with 11:27 remaining. Yale, which trailed by 13 at the half, got within 48-39 on Swain’s jumper from the right side, but the Bulldogs missed their next 15 shots during a nine-minute scoring drought.

The Bulldogs had starters E.J. Jarvis, Jalen Gabbidon, and Bez Mbeng, and reserve Jake Lanford each pick up a third foul in the opening four minutes of the second half.

The Boilermakers were 27 of 33 from the free-throw line, while Yale was just 6 of 11, all in the second half.

The Boilermakers also were 14 of 19 from the free-throw line, while the Bulldogs did not attempt a free throw.

Purdue withstood a fast start by Yale and then responded with a 10-0 run to go up 25-16. Yale hit 7 of its first 9 shots, going in front 16-15 on a turnaround jumper from the lane by Swain, who hit his first five shots