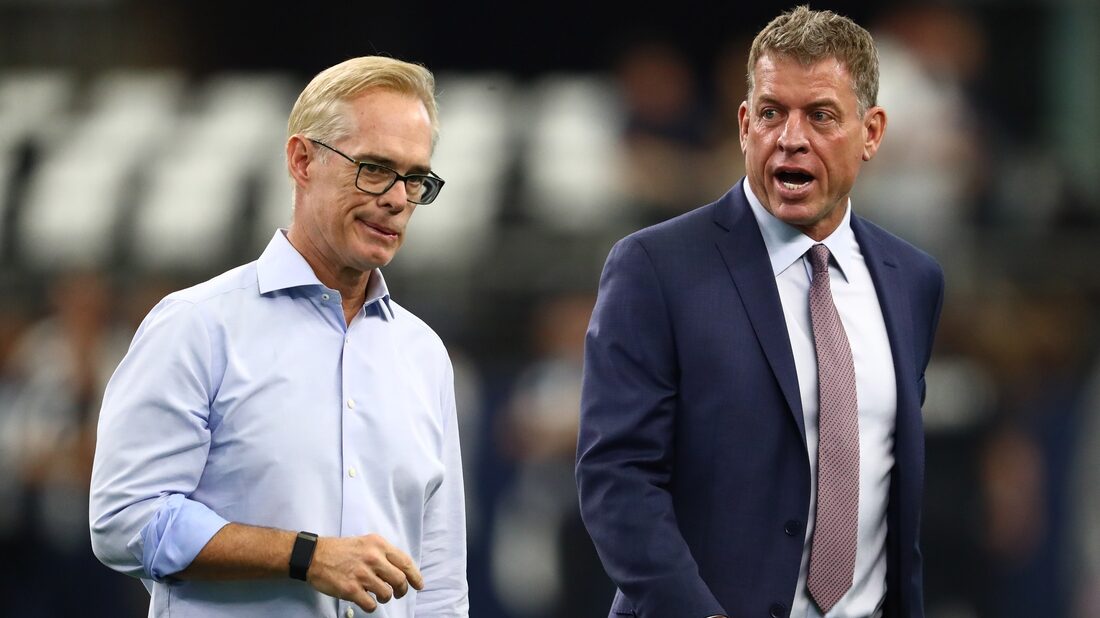 ESPN on Wednesday made it official with the announcement that Joe Buck and Troy Aikman will be the broadcast team for “Monday Night Football.”

The pair are coming off 20 seasons calling NFL games for Fox Sports. They will make their “MNF” debut on Sept. 12.

“Everything about Monday Night Football, including the broadcast, set the standard for the modern NFL experience,” Buck said in a statement. “My earliest memories of walking around football stadiums are tagging along with my dad as he called Monday Night Football on radio. To return to the stadium on Monday nights with Troy — who I have the utmost comfort with and confidence in — and begin a new chapter, for us and ESPN, has me excited about this season and our future.”

Terms were not released. However, the New York Post reported Buck was in line to receive a five-year deal worth between $60 million and $75 million. The Post reported that Aikman received a five-year, $92.5 million contract to make the jump to ESPN.

“The opportunity to be a voice on Monday Night Football, adding to its legacy and being a part of the future of the NFL on ESPN, has me motivated and reflective,” Aikman said. “As a kid in California, the voices of Frank Gifford, Howard Cosell, and my mom’s personal favorite, Don Meredith, echoed throughout our living room each week. Joe and I are humbled to be part of that same tradition that has existed for more than 50 years across generations of football fans.”

ESPN announced that Lisa Salters would return for her 11th season as sideline reporter for “MNF” and that John Parry will be back as rules analyst.

Buck started with Fox in 1994. At age 25, he became the youngest full-time play-by-play announcer on NFL games. He has teamed up with Aikman since 2002.

Aikman was a three-time Super Bowl champion quarterback for the Dallas Cowboys. He was inducted into the Pro Football Hall of Fame in 2006.