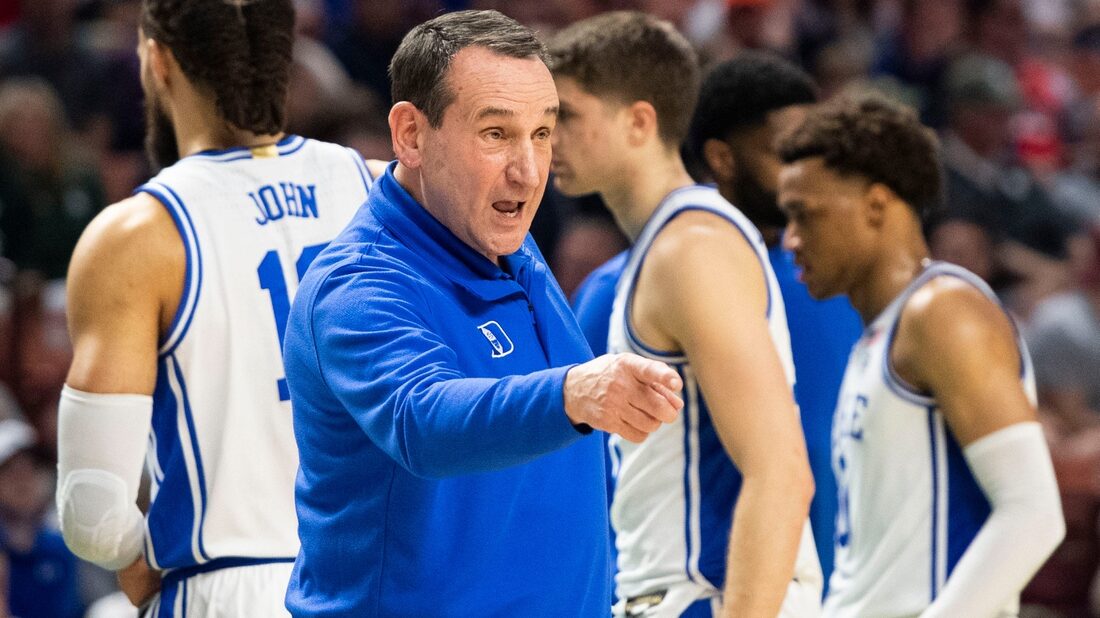 A matchup involving second-seeded Duke and seventh-seeded Michigan State isn’t out of the ordinary at this time of the year.

This one, which will come Sunday in the second round of the NCAA Tournament, comes with even heightened anticipation.

The teams will collide in the West Region at Greenville, S.C., with so much at stake and so much history.

Championship coaches Mike Krzyzewski — in his final season at Duke (29-6) — and Tom Izzo of Michigan State (23-12) bring more coaching power than any pair in the sport.

“I like the game,” Izzo said. “I just don’t like the record in that matchup over the years. … I’ve got to be his favorite coach because he has beat us like a drum.”

Krzyzewski-coached teams are 12-3 against Izzo’s squads, although the Spartans have won two of the past three meetings.

This will be the sixth time they have squared off in the NCAA Tournament, with Duke’s Coach K squads winning three of the first five. The last time they met in the tournament was in the 2019 Elite Eight, when Michigan State beat Duke 68-67.

And in the regular season last year during the pandemic, Izzo’s team topped the Blue Devils in a nearly empty Cameron Indoor Stadium.

Krzyzewski, 75, is the winningest coach in NCAA history and will go for another milestone Sunday. He carries a 1,199-367 career mark into the game. Among those, he’s 98-30 in NCAA Tournament games.

“In order to win something big, you have to win NCAA games,” Krzyzewski said.

Before Friday’s opening round 78-61 victory over Cal State Fullerton, Duke last played an NCAA Tournament game in Greenville in 2017, when the second-seeded Blue Devils were stunned by South Carolina, 88-81.

“For all these guys, it’s their first NCAA game,” Krzyzewski said. “So there’s a little bit of like — I don’t know if it’s nerves. It’s different. It’s just different.

Yet in order to keep advancing, Krzyzewski said the Blue Devils must concentrate on defensive rebounding.

“It’s really just a step in the right direction,” Blue Devils forward Wendell Moore Jr. “We’ve had a great week of practice. We got better this week in practice as well. So we can keep building on what we’ve been learning, what we’ve been working on. I think soon we’ll reach our full potential.”

That set up another work assignment for the Spartans.

“Now preparing, there is nothing, nothing that I enjoy more than trying not to sleep after a big game and go home and work all night,” said the 67-year-old Izzo. “That’s my team prayer. Give me the strength to work another night. That’s kind of what I get to do.”