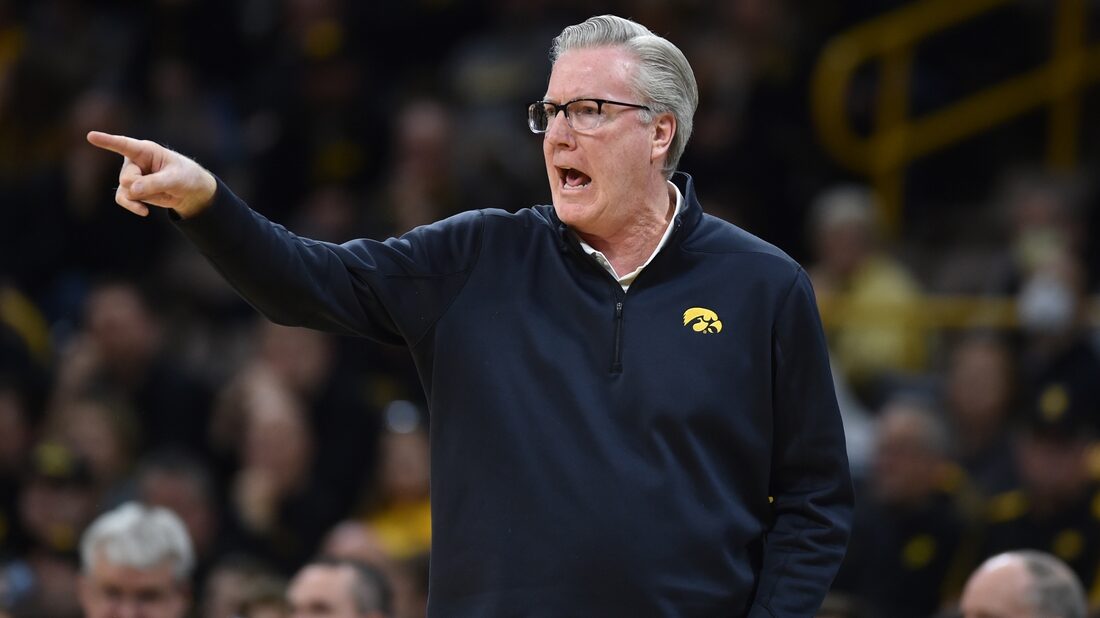 In the eyes of Iowa coach Fran McCaffery, the Big Ten Conference tournament could be very unpredictable.

“It’s not like you go down there and think that any one team has a particular edge,” he said. “Everybody knows … anybody can beat anybody.”

McCaffery and the fifth-seeded and 24th-ranked Hawkeyes hope they don’t find out that truth the hard way on Thursday when they debut against 12th-seeded Northwestern in Indianapolis. The winner will take on fourth-seeded Rutgers in Friday’s quarterfinals.

Iowa could have earned a double bye at Indianapolis with a victory Sunday night at then-#20 Illinois. However, a 15-point, first-half lead disappeared and the Hawkeyes eventually took a bitter 74-72 defeat, dropping them to fifth and enabling the Fighting Illini to earn the top seed for the conference tourney.

The defeat was the result of a collection of self-inflicted wounds for Iowa (22-9), none worse than unusually poor foul shooting. Entering the game at nearly 76 percent, the Hawkeyes clanged away at a 10-of-22 rate.

That doesn’t take away from the fact that Iowa played good ball to get to this point, locking up no worse than an at-large NCAA Tournament bid by winning eight of nine before the Illinois defeat. The Hawkeyes have leaned on Keegan Murray (23.3 points, 8.6 rebounds per game) and a balanced cast behind him.

Iowa cruised to an 82-61 win over Northwestern on Feb. 28 in Iowa City in the teams’ only regular-season meeting. The Wildcats had a shortened roster that day due to a flu bug.

“I think you look at Northwestern, they were not themselves,” McCaffery said this week while looking back at that game. “I mean, I don’t want to sell our own team short. It was a great Senior Night. Buie was out. Pete Nance was not himself. He wasn’t the only one. Of course they played substantially better the next game when the guys weren’t sick.”

The Wildcats got a tiebreaking free throw from Chase Audige with 18 seconds left and a critical blocked shot from Robbie Beran with three seconds remaining to deny a potential tying bucket.

“We came out in the second half and I think we were cutting a lot harder and setting a lot better screens and everything became a lot more open for us,” Nance said.

Buie scored 16 points for Northwestern, while Nance recorded 14 points, eight rebounds and a career-high eight assists. The Wildcats overcame 40.7 percent field-goal shooting thanks in part to their long-range efforts. Northwestern sank 10 of 30 from 3-point range while Nebraska was just 3 of 15 from beyond the arc.

Now Northwestern gets another crack at Iowa.

Wildcats coach Chris Collins said, “(Iowa) drilled us, but we had a lot of guys who were really down and out. Hopefully, we can get some rest and have some energy because I think they’re playing as well as anybody in the country right now.”

In this article:cbb-iowa, Iowa, ncaab, northwestern