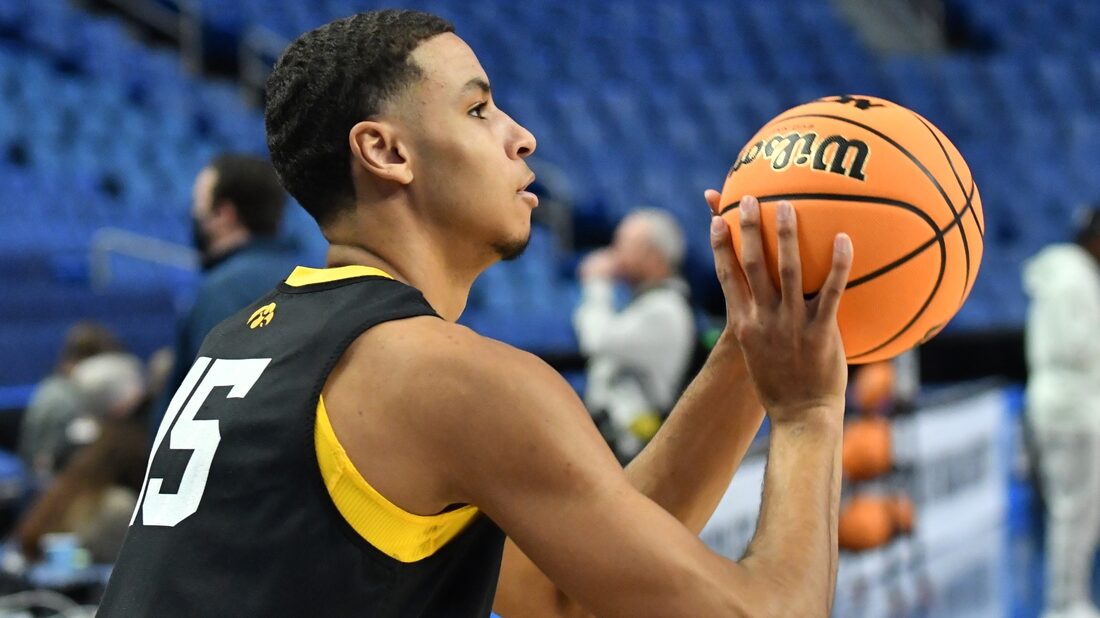 Murray spent much of the 2021-22 NCAA season as the leading scorer in Division I and finished fourth nationally at 23.5 points per game. The Iowa native was a consensus first-team All-American and is a finalist for multiple player of the year awards.

“As a kid, I dreamed of playing in Carver-Hawkeye Arena and wearing the black and gold,” Murray wrote in a social media post. “I am forever grateful that Coach (Fran) McCaffery gave me the opportunity to live out my dream. You believed in me when few did, and you’re a big part of why I’m in this position today.

“I’m excited to announce I will be entering my name into the 2022 NBA Draft. Iowa will always be my home and I’m forever grateful to be part of Hawkeye Nation!”

Murray also averaged 8.7 rebounds and 1.9 blocks per game in 2021-22, his sophomore season. He was named Most Outstanding Player at the Big Ten tournament for scoring a record 103 points in just four games.