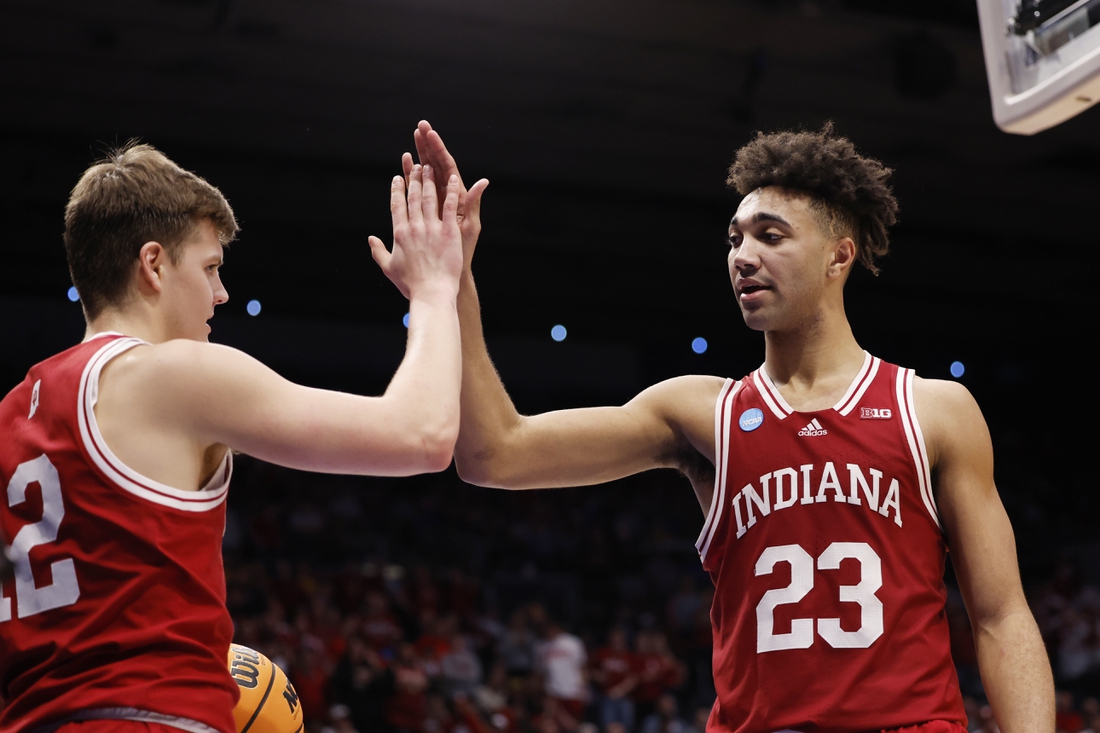 Saint Mary’s coach Randy Bennett doesn’t get overly excited about many things but earning a #5 seed in the NCAA Tournament was one of those things that brought him immense joy.

That’s the best the Gaels (25-7) have received during eight NCAA trips under Bennett and they look to back up the respect from the selection committee when they face 12th-seeded Indiana (21-13) on Thursday in a first-round East region game at Portland, Ore.

The Gaels are a consensus 2.5-point favorite at major sportsbooks, with the line shifting from opening at 3.0 points at PointsBet with the public backing Indiana with 63 percent of the bets and 60 percent of the handle.

“It’s nice to get rewarded,” Bennett told reporters. “To win 25 games is hard to do but that’s why we’re a #5 seed. You may play that schedule and get in with 21 or 22 — I think we would have got in with something like that. But they went ahead and finished it off and won a lot of those games.”

Saint Mary’s signature victory came against #1 Gonzaga 67-57 on Feb. 26, marking the program’s second-ever win over a top-ranked team. The other also came against Gonzaga in 2019.

The Gaels also posted nonconference wins over Oregon and Notre Dame while reaching the 25-win mark for the 12th time during Bennett’s 21 seasons. Saint Mary’s best March Madness run under Bennett was reaching the Sweet 16 as a #10 seed in 2010.

This latest trip is appreciated by the veteran players in the program after Saint Mary’s was a lackluster 14-10 during the 2020-21 season.

“I think we’ll look back on that and say that’s a pretty cool thing we did,” senior point guard Tommy Kuhse told reporters. “But that’s not the biggest thing we’re talking about because we’ve got bigger goals than that.”

Indiana defeated Wyoming 66-58 on Tuesday night in the First Four at Dayton, Ohio. The victory came in the Hoosiers’ first NCAA Tournament contest since reaching the Sweet 16 in 2016.

“It’s huge. It’s surreal.” Jackson-Davis said. “This environment, even just for the First Four game, it was a surreal environment. I’ve always dreamed about playing in this tournament and finally being able to live out that dream and just performing at the highest level, I’m truly grateful.”

Perhaps the most challenging aspect for Indiana now is the lack of preparation time.

While Saint Mary’s didn’t know which opponent it would face, the program traveled to Portland on Tuesday in advance of Wednesday’s practice and media responsibilities.

The Hoosiers are waking up in Dayton on Wednesday and then making the long trek to the Pacific Northwest before partaking in the day-before-game duties.

“We travel pretty far,” Indiana coach Mike Woodson said. “But with that being said, we still gotta play the game. Can’t run from it. Saint Mary’s is a great program. They’ve had a hell of a year. And we’ve got to go and break this game tape down and learn from it and then get ready for Saint Mary’s.”

Another key component of the Hoosiers’ win was this: They committed just eight turnovers while forcing Wyoming into 19.

The winner faces either fourth-seeded UCLA or 13th-seeded Akron in Saturday’s second round.