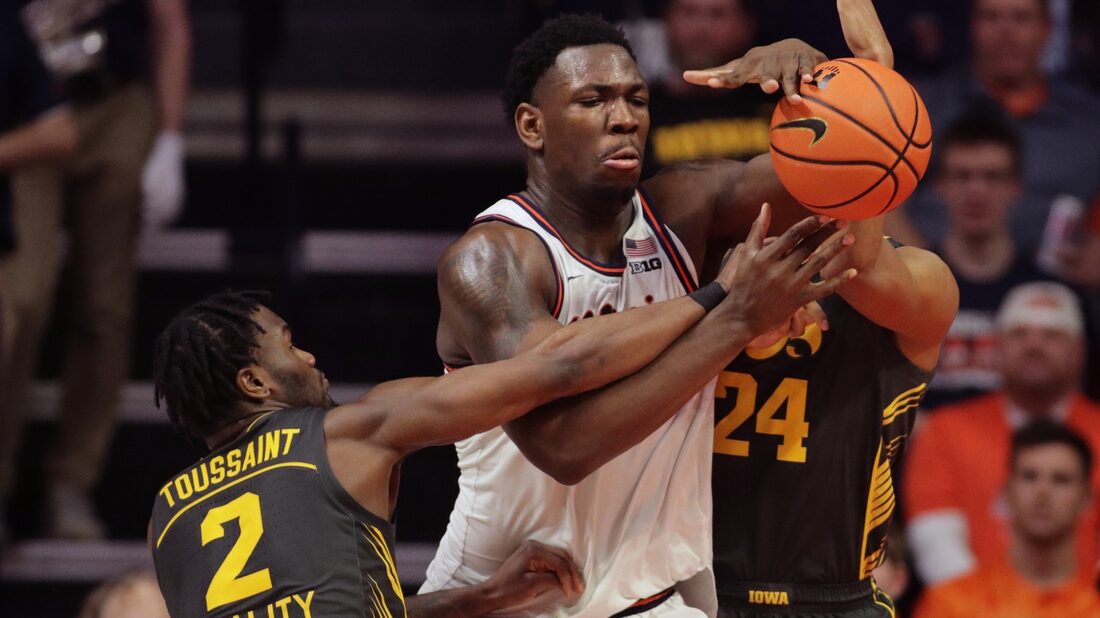 After winning its first Big Ten regular-season title since 2005, #16 Illinois is moving on to higher goals in the postseason.

Top-seeded Illinois will look to win its second straight Big Ten tournament title when it faces #9 seed Indiana on Friday in Indianapolis.

“Our goal is to win the tournament,” Illinois coach Brad Underwood said. “I&rsquor;d like to put back-to-back on something. We&rsquor;re never going to try not to play hard and not to win. Along the lines, if that helps (NCAA Tournament) seeding, great, but there&rsquor;s probably only so high we can go at this point.”

Illinois (22-8) secured a share of the Big Ten title with Wisconsin after a 74-72 win over Iowa on Sunday.

For the Illini, it&rsquor;s been a season of adversity. Illinois lost star guard Ayo Dosunmu to the NBA draft during the offseason, then returning All-Big Ten center Kofi Cockburn was suspended for the first three games of the season due to an NCAA violation. Point guard Andre Curbelo also missed 11 games from November through January after a severe concussion.

“It&rsquor;s been a season full of the unknown,” Underwood said on his radio show. “To think that three guys on that roster suited up every game. I had more starting lineups by Christmas than I had in my previous career altogether.”

It&rsquor;s come together for the Illini late in the season. Illinois has won nine of its last 12 games and enters Big Ten tournament play on a three-game win streak. Cockburn has been dominant inside, averaging 21.0 points and 10.6 rebounds. Curbelo has been steady at the point with 8.3 points and 3.2 assists per game.

In the lone regular-season meeting between the two schools, Illinois beat Indiana 74-57 on Feb. 5 behind 23 points from Trent Frazier.

Indiana (19-12) is coming into the matchup on a high after rallying from down 17 points in the second half to beat eighth-seeded Michigan 74-69. Trayce Jackson-Davis sparked the comeback, scoring 19 of his game-high 24 points in the second half, with Xavier Johnson adding 17 points, eight rebounds and seven assists. Indiana found a way to win a close game, improving to 4-6 on the season in games decided by five points or fewer.

“We play a really good Illinois team, but I&rsquor;ve never played on Friday (of the Big Ten tournament), so it&rsquor;s a new experience for me,” Jackson-Davis said. “I hope I see a lot of fans in the stadium and we&rsquor;re going to go out and compete.”

A win could secure Indiana&rsquor;s first berth in the NCAA Tournament since 2016. Right now, the Hoosiers remain squarely on the bubble.

“To me it&rsquor;s just another game as well, just next step to what our goal is as a team,” Johnson said. “We want to win this whole thing and that&rsquor;s what we plan on doing.”